Jewish Ukraine: 5 facts about the Jews of Nikolaev 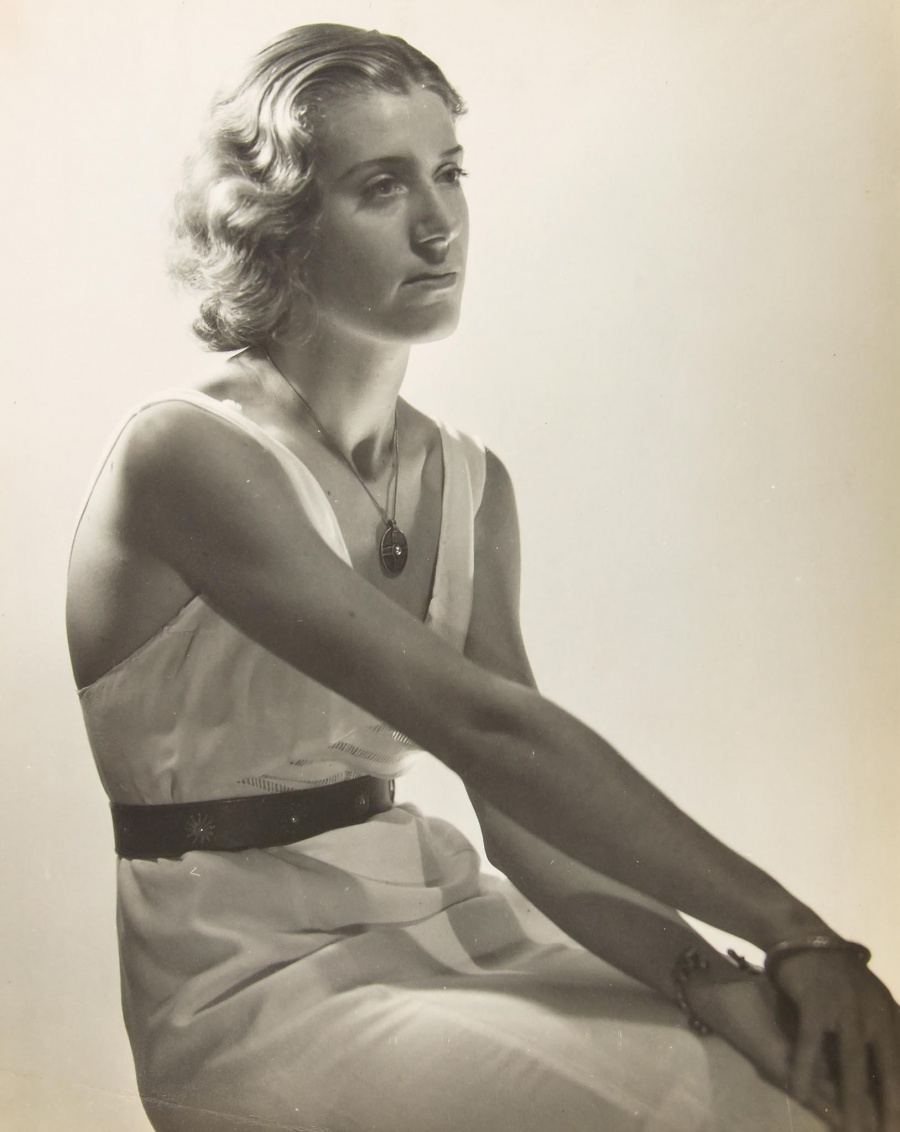 Jewish Nikolaev has plenty of stories to tell. This maritime region has given the world talents of the most varied kinds – economists and models were born here, mathematicians and the Lubavticher Rebbe… Read about them and more in the new chapter of our “Jewish Ukraine” project.

The first Jews in Nikolaev appeared in the late 18th century, immediately after the town was founded. They worked in trade, as apothecaries and artisans, but their main employment was determined by the nature of the town – many Jews became contractors and helped to develop the ship wharfs. And they were very successful. This state of affairs did not please the imperial authorities – in 1829 a decree was issued to evict Jews from the town who were not doing military service, but its implementation was delayed by five years thanks to the petitioning of local officials. The decree stated that the presence of Jews was “inconvenient and harmful”, “in administrative affairs” – an all-encompassing and very debatable phrase but… you didn’t argue with the authorities back then.

When the eviction began, only a few contractors of the ship wharfs were allowed to remain in Nikolaev. The decision to send Jews out of the town hit its economy hard. And in 1859, at the petitioning of the naval ministry and the finance ministry, the emperor permitted Jewish merchants and industrialists to return to the town. A year later this decree was extended to retired lower ranks, and two years later to craftsmen. The city once more lived an active life, and the Jewish community recovered. In 1897, the Jewish population of Nikolaev was 20,109, around 22% of the total.

Selig Brodetsky (1888–1954) was born in Olviopol into a large Jewish family – he was the second eldest child of the 13 children of Akiv Brodetsky and Adel Prober. When he was five, the family emigrated to London, and it was there that he was educated – first at a cheder, and after school he went to study mathematics at Trinity College of Cambridge University, but received his doctoral degree at the University of Leipzig, defending a dissertation on the subject of gravity.

But he did not stay in Germany (to his great fortune) – in 1914-1919 Brodetsky went to work at Bristol University. When the war broke out, he didn’t go to the frontline, but helped the army with his knowledge, giving consultations on the manufacture of optical equipment, including periscopes for submarines. From 1920-1948, Selig, now a professor, taught at Leeds University, where he was the head of the department of applied mathematics from 1924 to 1948.

Selig Brodetsky did not conceal his Zionist views, and when the State of Israel appeared on the map, without regret he left Europe and moved there. He became the president of the Jewish University in Jerusalem and the chairman of its executive board (from 1949 to 1951). At the same time, Brodetsky was also a member of the executive committee of the World Zionist Organization and the Jewish Agency in Palestine, and the honorary president of the Maccabiah International Union, and also the president of the Council of British Jews.

Although Brodetsky loved Israel passionately, after he had a heart attack he decided to leave the country because of the difficult climate and move back to Britain. There he lived for several years at his home on Cromwell Road before he passed away in 1954.

Rabbi Menachem-Mendel Shneerson (1902–1994), the 7th and last Rebbe of Chabad, was born in Nikolaev into the family of the great-grandson of the Tzemach-Tzedekh and third head of Chabad. When the boy was seven years old, his father was appointed rabbi of Yekaterinoslav (today Dnepropetrovsk), and the whole family moved there. From early childhood, Menachem-Mendel displayed wonderful learning abilities – he quickly studied the main books of Jewish literature, but also mastered secular sciences.

At the end of 1927, together with his future father-in-law, the Lubavitcher Rebbe Josef Itzhok Shneerson, and his middle daughter Khaya-Mushka, Menachem-Mendel emigrated from the USSR and moved to Poland. Over time, now married, he moved to Paris, where he graduated from the engineering faculty of the university and enrolled in the mathematical faculty of the Sorbonne – but because of the Nazis he was forced to move to the south of France for a time, and in 1941 he moved to New York, where he found a job at a ship-building factory, and then became an assistant to his father-in-law and took part in religious activity. 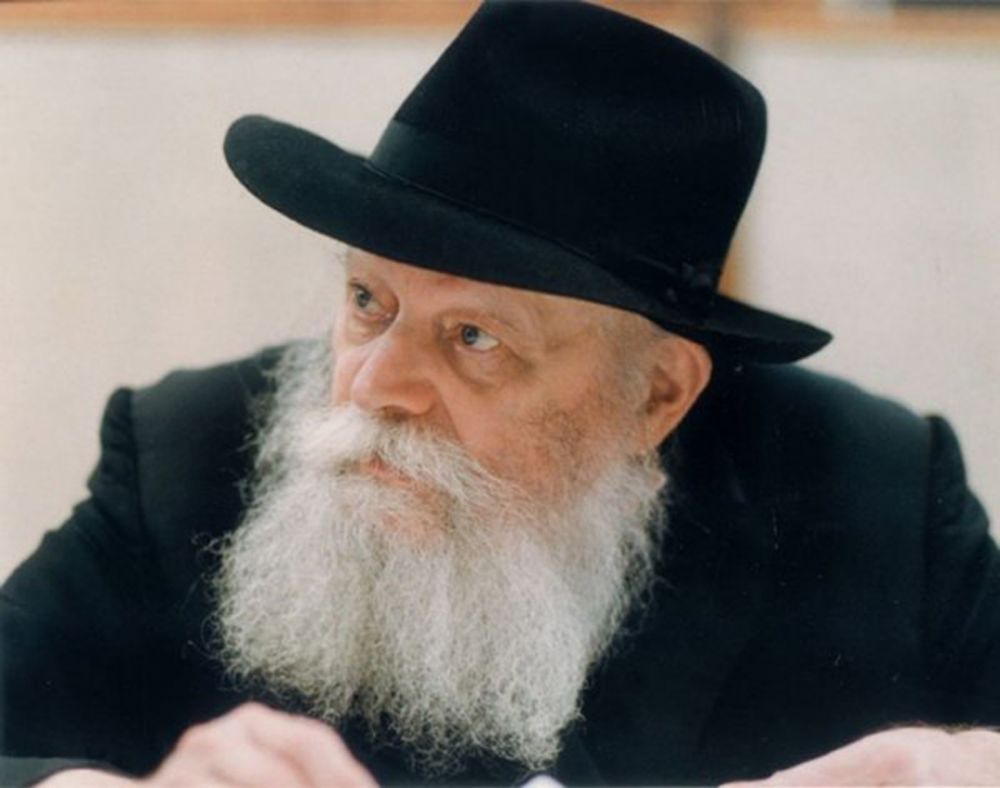 In 1942, Rabbi Menachem-Mendel Shneerson was appointed director of the central organizations of Chabad (The publishing house Kekhos and the Youth movement of Chabad), and in 1951 he became the leader of the entire movement after the death of his father-in-law. The Rebbe considered the dissemination of Jewish education to be very important – he organized the Okhalei Josef Itzhak school system, in which pupils received both secular and religious education. He wanted everyone to be able to receive a good, full education – both boys and girls, elderly people, and Jews in both Ashkenazi and Sephardic communities. And of course, he supported Jews in the USSR – underground, through unofficial groups, as far as it was possible in those conditions.

Shneerson was categorically opposed to territorial compromises of Israel in the conflict with the Arabs, but at the same time he had many complaints with the State of Israel – in particular, he criticized the way of life in Israel and did not support the education system in the country.

In his lifetime of over 90 years, Rebbe Shneerson wrote several thousand works (mainly articles), covering Jewish philosophy, the Kabbala, Halakah and many other aspects of Jewish teaching and law. He became such an authoritative figure than some of his followers saw him as the Moshiach. Today the Rebbe’s grave in New York is one of the pilgrimage sites for Chasidim.

Paul Baran (1910–1964), the son of Jewish parents, was born in Nikolaev. His father was a doctor and Menshevik, so in the years of revolution it was hard for the family to stay in one place. First they moved to Vilno, then to Berlin, and then to Moscow. In 1926 the future economist enrolled at the G.V. Plekhanov Institute in Moscow, but went to Germany again, to take part in studies that were being carried out there.

Paul Baran did not return to the USSR for some time – he decided to stay at the Frankfurt Institute of Social Research and devote himself to problems of economic planning. When the Nazis came to power he fled to the USSR, but did not feel safe there either, and so moved to Poland. Right before the invasion of the Nazis he moved to the USA, where he could finally do his work without fearing for his life. 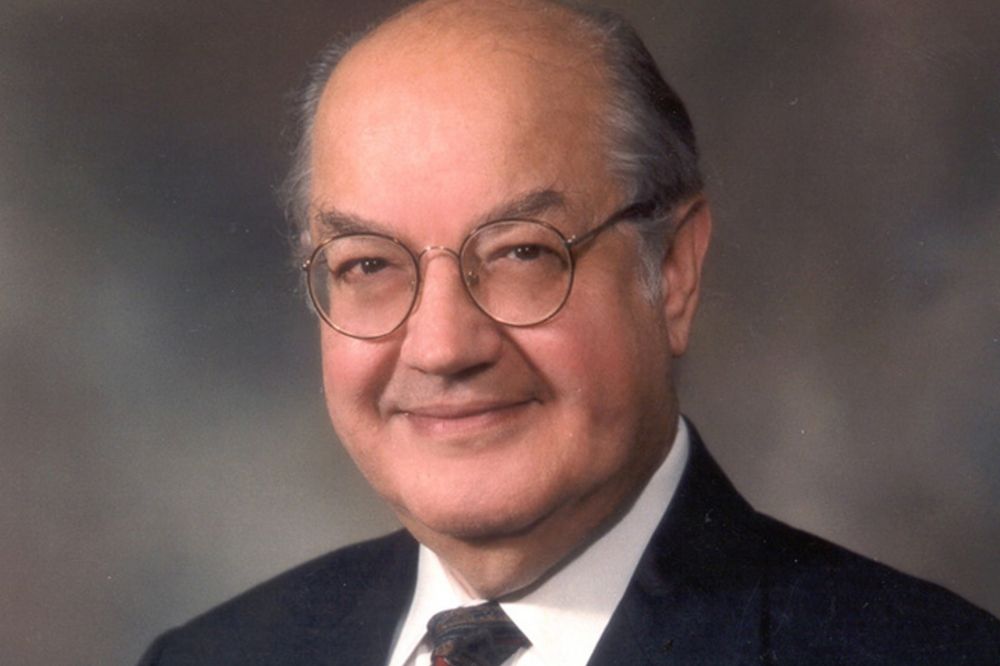 Paul Baran graduated from Harvard with a master’s degree – in his youth he preferred practical work to teaching and dry scientific work, so he found a position at the Department for Price Control and the Department of Strategic Services, and he also carried out analysis for the Trade Ministry. Over time he moved to academic work – he gave lectures at the George Washington University and the Federal Reserve Bank in New York, and also taught at Stanford University.

Paul Baran’s contribution to economic science was introducing a new concept of surplus – he critically approached the old term of “economic surplus”, and with his new concept analyzed the economies of a number of “third world” countries. He described his conclusions in the book “The Political Economy of Growth”, and then presented a more in-depth analysis in the book “Monopoly Capital: an essay on the American economic and social order”, which he wrote together with Paul Sweezy – but Sweezy finished the work, as Baran died of a heart attack in 1964.

Assia Granatouroff (1911–1982) was born in Pervomaisk into the family of Ezekiel and Mekam Granaturov. There is no information about her parents in historical records, but it is certain that they were brave and not afraid to look for a better life. When Assia was just three years old, her father emigrated to the USA, and after a while his wife and children followed him to Paris, where he now lived. 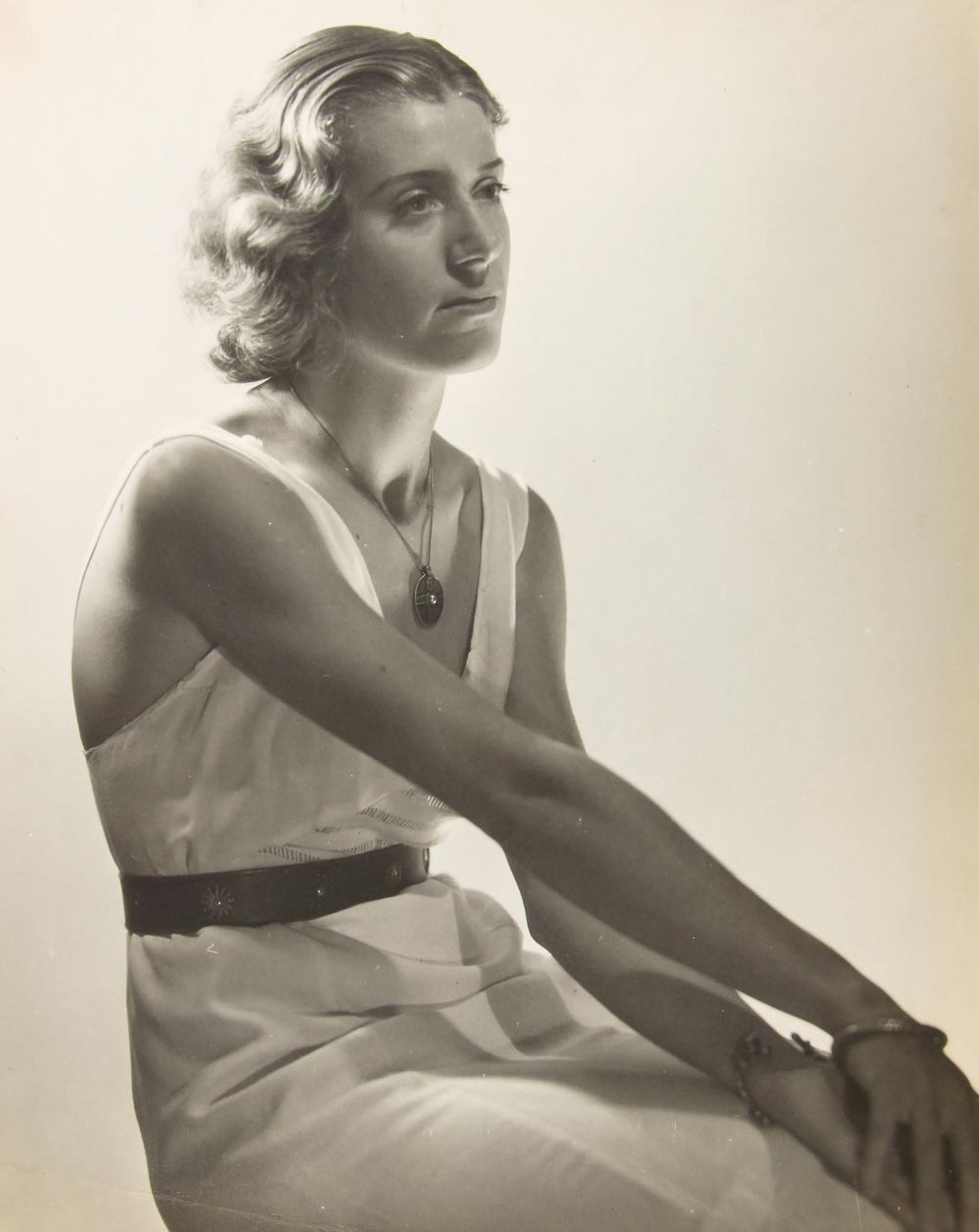 The young Assia plunged into Parisian life, and when she was just 16, decided to live apart from her parents. She moved to Montparnasse and joined the famous creative community there. First Assia tried working in design – she devised textile patterns, and her favorite motifs were flowers. And over time she began to work as a model for photographers and sculptors. Such prominent masters of sculpture worked with her as Charles Despiau, Aristide Maillol, Paul Belmondo, Chana Orloff, a Jew of Ukrainian origin, and also the artists Andre Derain, Moishe Kisling, Kees van Dongen, Marcel Gromaire and Suzanne Valadon, who admired her “Egyptian shoulders” and “Greek hips”. Assia was an unusual model for another reason – she was one of the first models not only to agree to pose without clothes, but also not to hide her face.

A talented individual is talented in everything – Assia also worked in the theater as an actress and played several roles in cinema. But she was not able to continue her acting career – the war began and Assia Granatouroff had to hide from the Nazis. She joined the Resistance movement and even shortened her surname to Granatour, to make it sound more French. 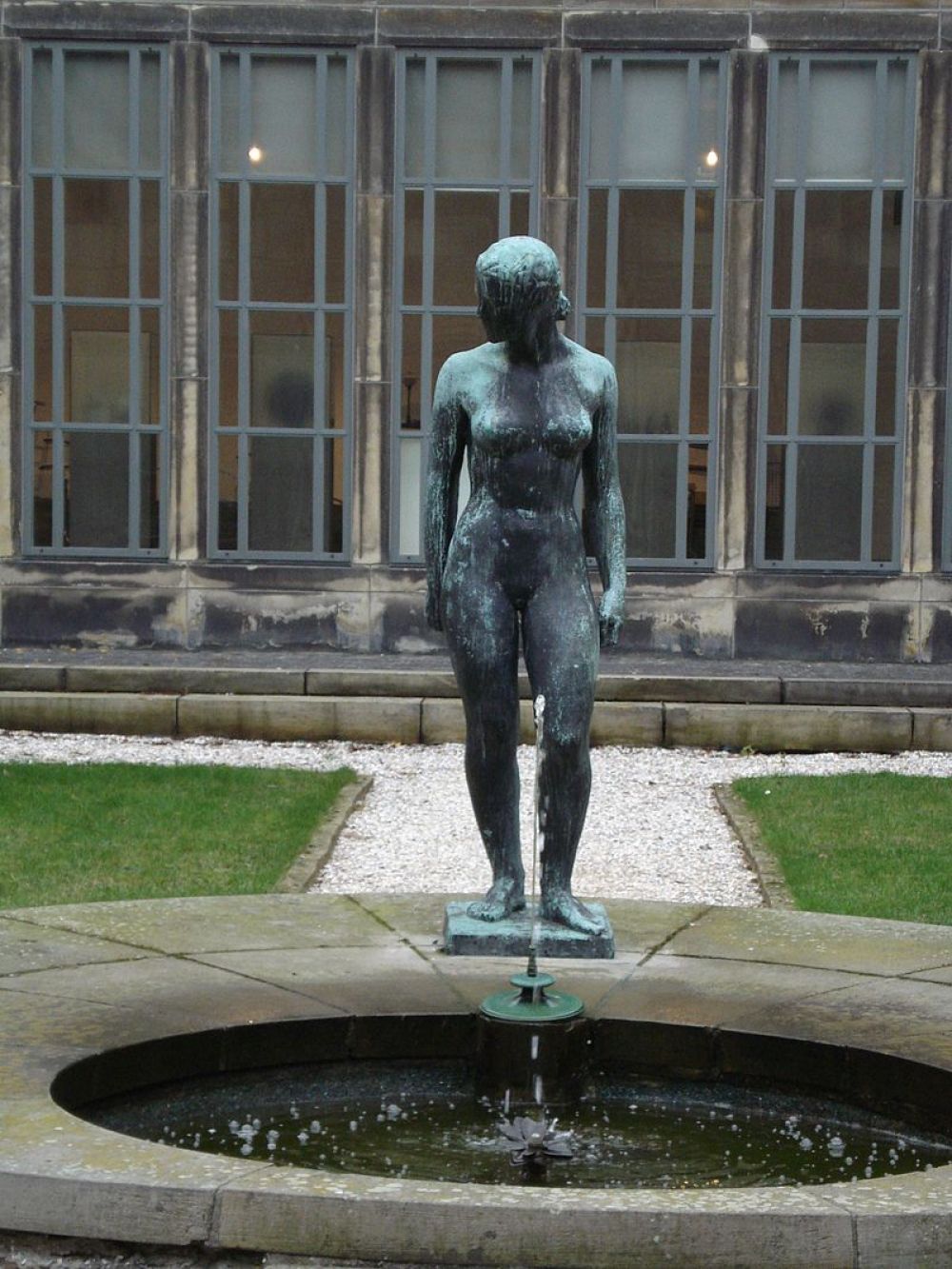 After the war, in 1949, Assia divorced her husband, who was also a creative person – it’s hard to say what the reason was for their divorce, but we may presume that her husband’s excessive interest in esoteric subjects played a role. Although Assia herself was also interested in such things – she made tapestries with designs inspired by Tarot cards.