Jewish Ukraine: 5 facts about the Jews of Sumy

While it’s hard to call Sumy a truly Jewish city, the Sumy Oblast as a whole has quite an interesting Jewish history, and the town of Glukhov is even listed among the “former Jewish villages of Ukraine” on Wikipedia. Not so many Jews have lived here, but by “quality” the Sumy Oblast measures up to the much more Jewish Kharkov – this region has given the world internationally renowned scientists, politicians, writers and art figures of Jewish origin.

Sumy, a provincial town in the Kharkov guberniya, was outside the pale of settlement until the revolution of 1917, and few Jews lived here. By law, only Jews from certain groups could live here – for example, merchants of the first guild, people with higher education, and also craftsmen registered at crafts workshops. So the small Jewish community that still existed in Sumy consisted of people who were quite well-off – in 1905, five of the 56 merchant families here were Jewish, and just seven years later the number of Jewish merchants had doubled.

2. A force for destruction and creation

Pinhas Rutenberg (1878–1942) was born in Romny. His father was a Jewish merchant, and his mother was the daughter of a rabbi. Pinhas (later known as Pyotr) graduated from high school in Romny, and then moved to the capital of the empire to study at the Petersburg Technological Institute.

At that time, educated young people were inspired by revolutionary ideas, and Rutenberg was no exception. Among his close acquaintances were revolutionaries and terrorists. For his participation in the revolutionary movement Pinhas was arrested, expelled from the institute and exiled, but all these measures had no effect – his revolutionary spirit could not be quelled. Some time later Pyotr joined the newly created socialist revolutionary party. Along with party work, he also arranged his personal life. Rutenberg fell in love with a Christian woman, and in order to marry officially, he was baptized and changed his name to Pyotr (later he returned to Judaism, fulfilling the strict rules for this). 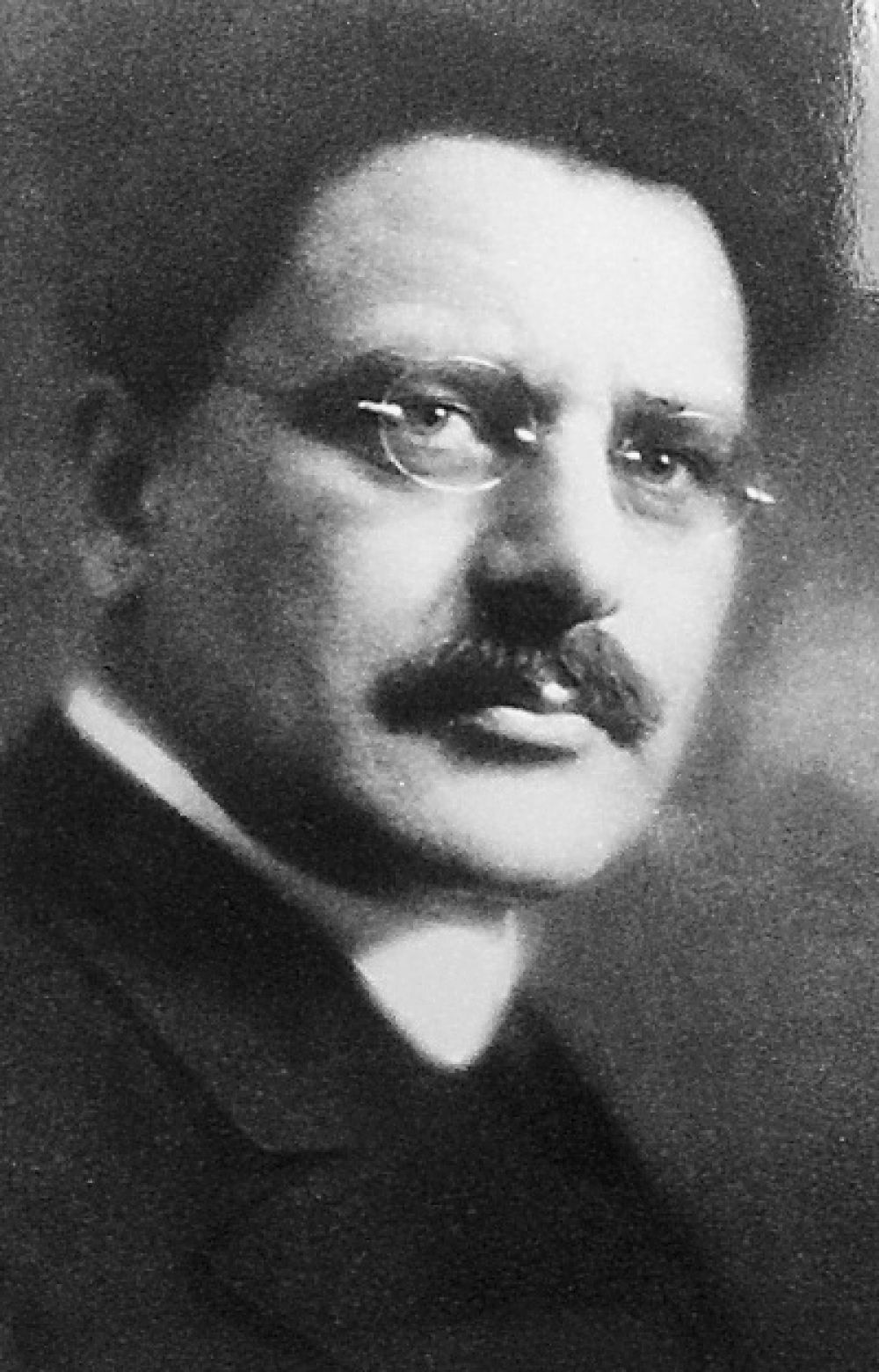 For a time Petersburg was off limits to him, but later this ban was eased. Rutenberg found a job as a junior engineer at the Putilovsky factory in Petersburg and began to live like everyone else (or at least the secret police believed so). But this did not mean that Pyotr had changed his views. When the workers’ march to the Winter Palace was held on 9 January 1905, Rutenberg was alongside the head of the demonstration, the priest Georgy Gapon, and even saved his life. After the workers were fired upon, the two men both fled abroad, went into hiding and became close friends. But when Gapon admitted to Pyotr that he was working as a double agent and suggested he follow his example, things took a different turn – Rutenberg told this news to his own people, and they demanded that the priest be executed. Despite their friendly relations, the ardent revolutionary carried out the party’s wishes and organized this murder.

Then came emigration again – Rutenberg lived in Italy, but not as an ordinary engineer, not as a revolutionary. Later, now enthused by the ideas of Zionism, which he had not been especially keen on in his youth, he moved to England. When WWI began, armed with his revolutionary experience, he created a military organization which was designed to assist the allies to liberate Palestine, which would become the foundation for the Jewish State. 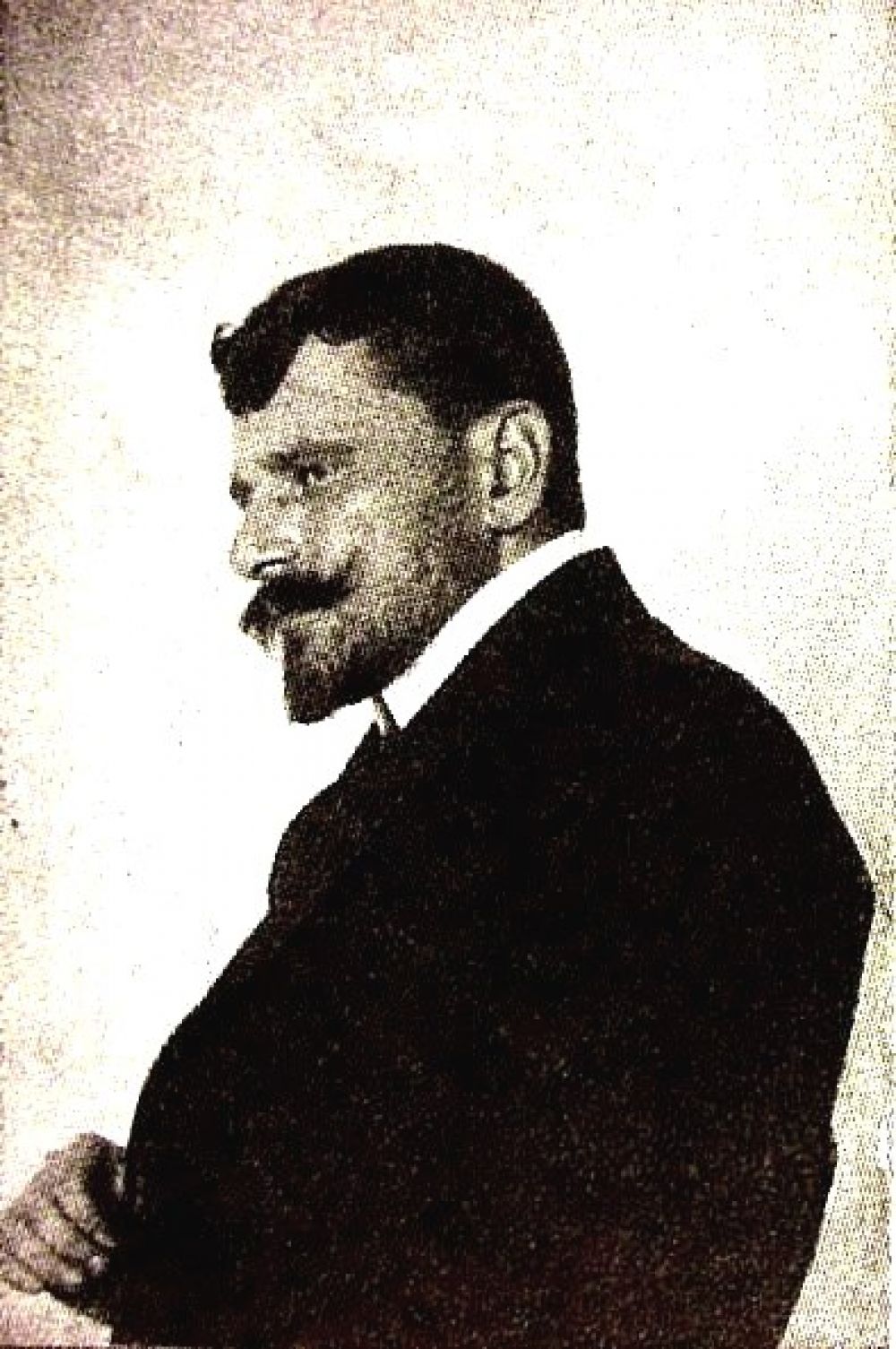 As an experienced revolutionary, Rutenberg organized a combat cell and brought the victory of Zionism closer, but as an engineer he devised ways to provide comfortable living conditions for people in the new country. While in the USA on a propaganda mission, he came up with a detailed plan to use hydro-energy for the irrigation of Palestine. Several years later this ambitious scheme of electrification was financed by the Rothschild family.

When WWI ended, Pinhas returned to the Russian Empire once more, took part in the revolution and held several important positions, but when the revolution began to “devour its children”, he quickly left Moscow and (after a brief stop in Odessa) moved to Paris, where he developed proposals along with other leaders of the Zionist movement for the Versailles Peace Conference. 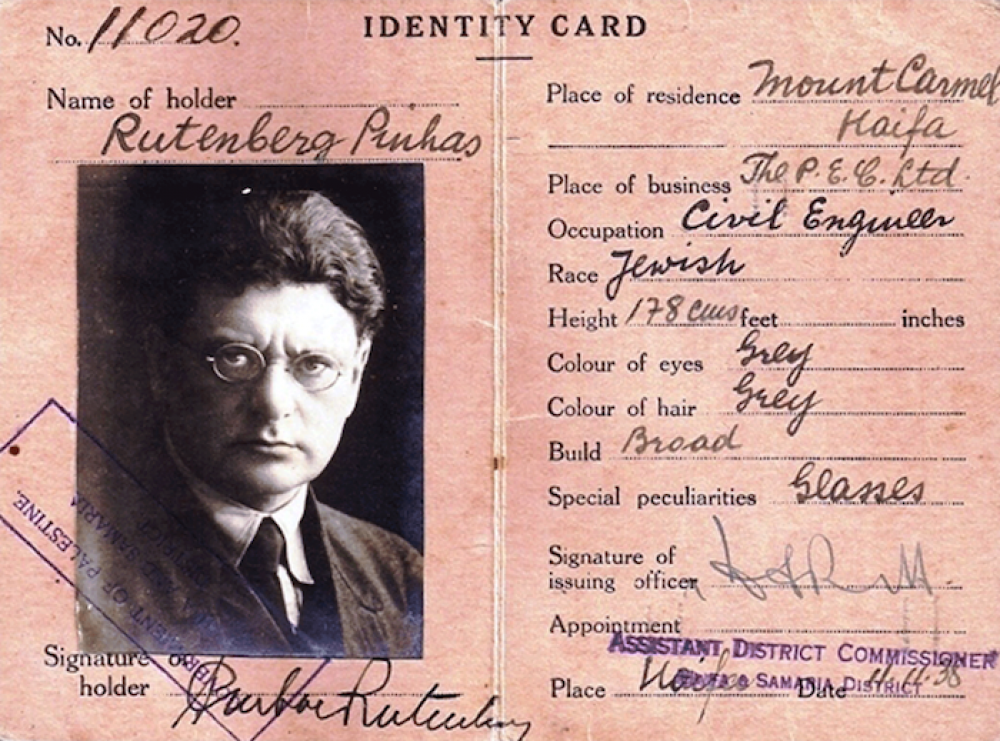 In late 1919 he moved to Palestine and took part in creating the Haganah Jewish defense divisions, the basis of the present-day IDF. In 1921 Rutenberg was the commander of Haganah during disturbances in the Tel-Aviv area. At this same time he developed his “electrical” project, and with great effort he created the Palestine Electric Company, which provided electricity for Tel-Aviv, Haifa, Tiberias and other cities.

He did not live to see an independent Israel – in 1942 Pinhas Rutenberg died in Jerusalem. In 2003 a film about Rutenberg was released in Israel entitled “The Electric Man”.

3. Arlozorov, the love of Magda’s life

So much has already been said about the legendary leader of the Zionist workers’ movement Chaim Arlozorov (1899–1933) that it would be superfluous to recount his biography yet again. Although Arlozorov was born on Ukrainian land, in Romny, there is little to connect him with Ukraine – in 1905 his family moved to Germany, and he later moved to Palestine.
As a boy, Chaim was proud of his Jewish ancestry, and it is terrible to imagine what would have happened if he had stayed in Germany and had been forced to conceal it. In an essay on Germany literature, the 18-year-old Chaim wrote: “I am a Jew and proud of it. I don’t feel myself to be completely German and have never concealed this. I feel that there is so much of the East living in me, so much duality, such a search for the whole, things that normal Germans lack”. 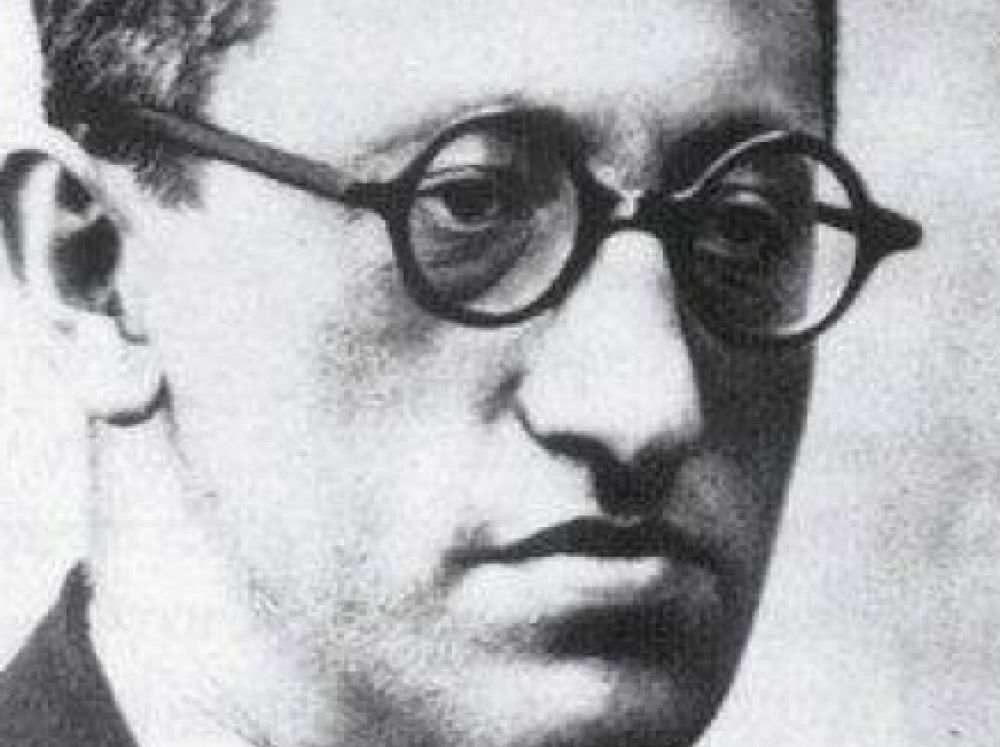 Before he left for Palestine, for a time Chaim Arlozorov courted the future wife of Goebbels, Magda. It is said that the legendary Zionist, despite his plain appearance, was the first and greatest love of the young woman.
Thanks to his efforts an agreement was signed with Hitler’s Germany, according to which money from property sold by Jews in Germany was transferred to the accounts of the Anglo-Palestinian bank and the “Tempeler Bank”. With these funds, the company Gaavara purchased German goods intended for export, and sold them in Palestine and Europe, with the profit going to assist repatriates from Germany.

Arlozorov died tragically – he was shot while walking on the beach, and his murder remains unsolved to this day.

The renowned astrophysicist Iosif Shklovsky (1916–1985) was born in Glukhov into the family of a rabbi, and his parents could not even have imagined that the little Iosif would one day study the question of the existence of extraterrestrial civilizations. He read a great deal, including science fiction, and could draw very well, but nevertheless decided to study the more practical fields of mathematics and physics.

At the age of 19 Shklovsky enrolled at the physics and mathematics department of the Moscow State University, and graduated in 1938.

In 1933 Shklovsky enrolled as a student at the physics and mathematics faculty of Vladivostok University. After studying there for a time, he moved to the capital of the Soviet Union. After graduating from university, Shklovsky found a job at the State Astronomy Institute. In the war years, from 1944, he was the head of the radio astronomy department, which he founded himself. 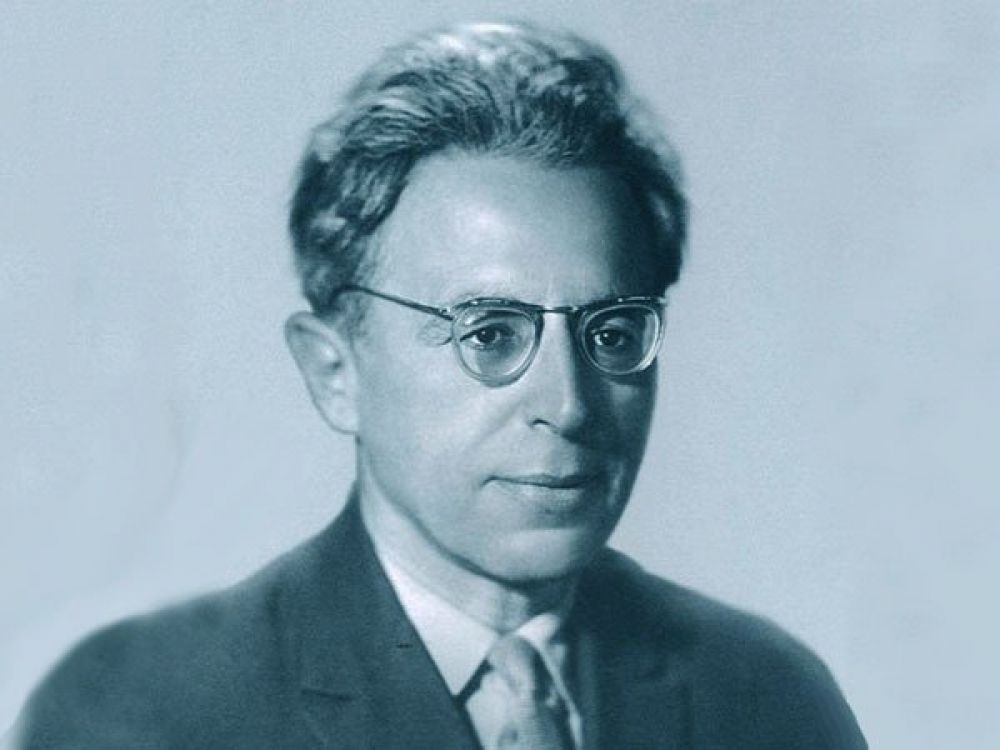 When the war ended, Shklovsky devoted himself to astrophysics – he worked on the theory of cosmic radio-frequency radiation, conducted studies on the evolution of the stars and planetary nebulae, developed a theory of the origin of cosmic rays and made a contribution to many other areas in this field.

5. The daughter of a Georgian prince

The future heroine of the Kiev underground during the Second World War, Tatyana Markus (1921–1943) was born in Romny into a Jewish family of six children. When Tanya was small, her parents moved to Kiev, and she graduated from school there. 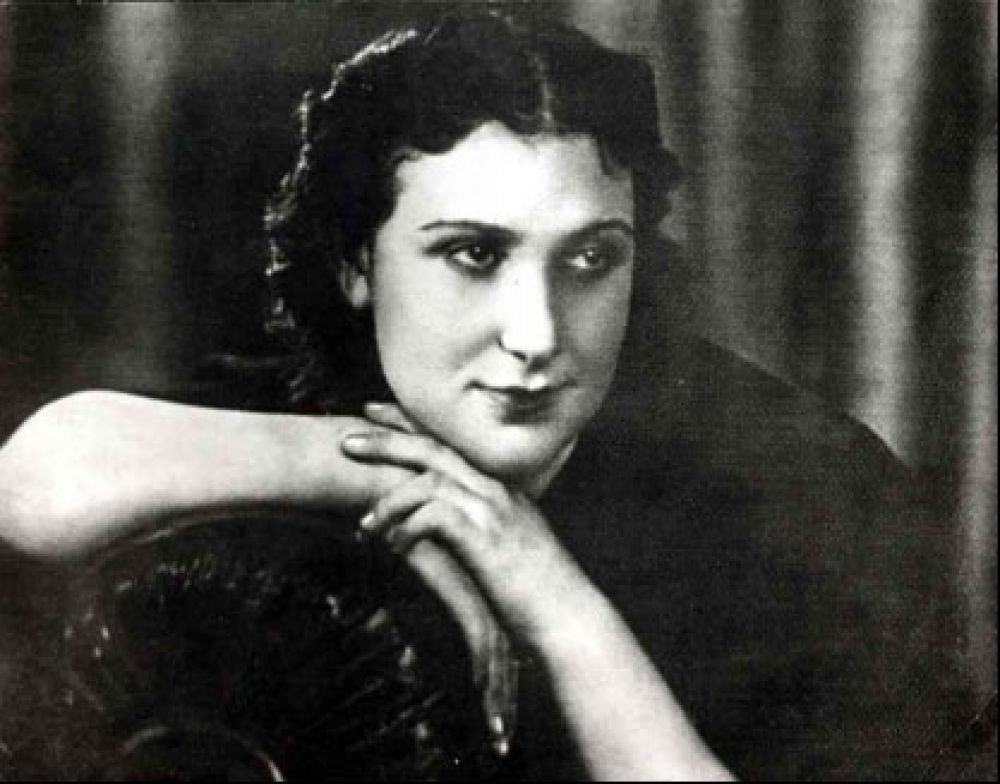 Tanya Markus did everything she could to make the Nazis feel how much the underground hated them. Frequently she had to take desperate risks – Tanya, who was incredibly beautiful, often served as a “lure”. She worked in a canteen and put poison in the Nazis’ food, and also met with German officers, flirted with them and lured them to solitary places, where underground activists killed them, and sometimes she killed the Gestapo officers herself – she was responsible for taking the lives of several dozen Nazis. 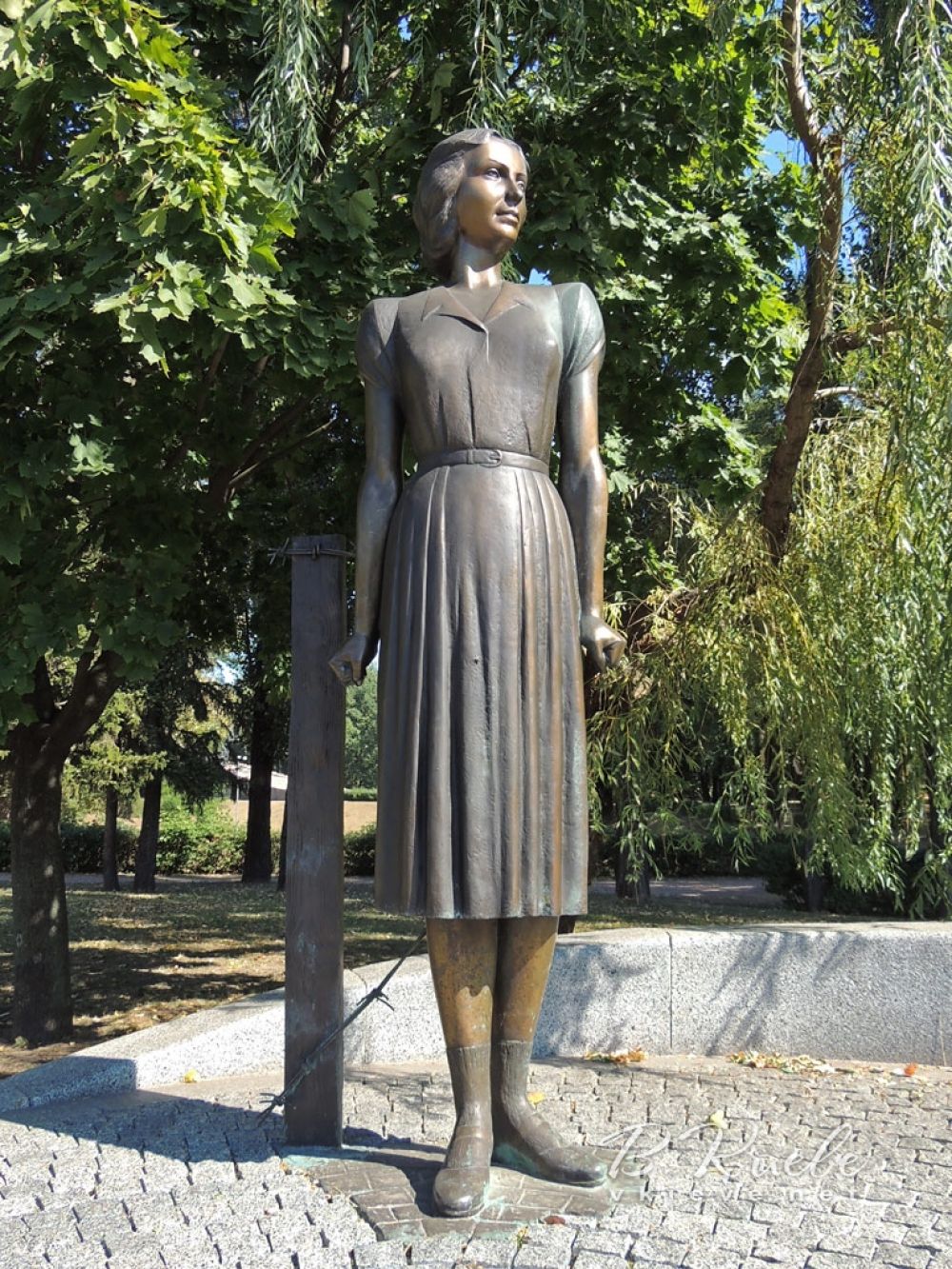 Tanya Markus concealed her ancestry carefully – according to legend she was the daughter of the Georgian prince Markusidze, who was shot by the Bolsheviks, but her Jewish roots were far from being Tanya’s greatest “sin” for the Nazis. High-ranking officers perished because of her activities. A hunt began for Tanya. On the 22nd of August 1942 Markus was captured while trying to cross the Dnepr.

The Gestapo had no qualms about torturing her with extreme brutality, going beyond all human decency. For five months she was tortured, as they demanded that she give up the names of her conspirators, but she kept silent, which made the Nazis furious. When they found out that she was not a Georgian, but a Jew, the torture became even worse. In the end she was shot, and her mutilated body was thrown into Babi Yar.

Today a statue of Tanya Markus stands in this tragic spot, and on the 21st of September 2006, her 85th birthday, she was awarded the title of Hero of Ukraine.