Jewish Ukraine: 5 facts about the Jews of Zhitomir

Zhitomir is considered to be one of the main Jewish cities of Ukraine. Despite the fact that it did not have the power of Lviv, Odessa or Kiev, for example, the Jewish community of Zhitomir and environs flourished. In the modern-day Zhitomir Oblast, the most Jewish city was probably Berdichev – in the mid-19th century around 95% of the population was Jewish, and many people consider to be the prototype of Kasrilovka from the stories of Sholom Aleichem. And although this city clearly stands out among other villages of this region, in the new Zhitomir chapter of “Jewish Ukraine: 5 facts about…” not only the Jewish children of Berdichev have found a place.

1. A center of Jewish culture

Despite the fact that until the end of the 18th century Jews could not officially settle in Zhitomir, the first Jews appeared here at the beginning of this century. As they were not immediately “legalized”, the authorities often received complaints. When Jews were officially permitted to live in the city, these complaints ceased. The Jews of Zhitomir worked in crafts, kept inns and taverns, and also traded actively. The Jewish population of the city grew like mushrooms – in 1789 there were 882 Jews, a third of all the inhabitants of Zhitomir, and half a century later there were around 9,900 Jews in the town, while by the end of the 19th century almost half of all the inhabitants of Zhitomir were Jews.

Incidentally, Jews received an excellent education in this town – in 1862 the first Jewish crafts academy in Russia was even founded there. 22 years later it was closed, as it was decided that its existence gave “Jews economic advantage over Christians in the Southwest region.” At the moment of its closure, there were 1500 students at the academy, so the fears were not without foundation. And also in Zhitomir one of the two printing houses in the Russian Empire operated – it was moved there in 1837. The other was in Vilno. 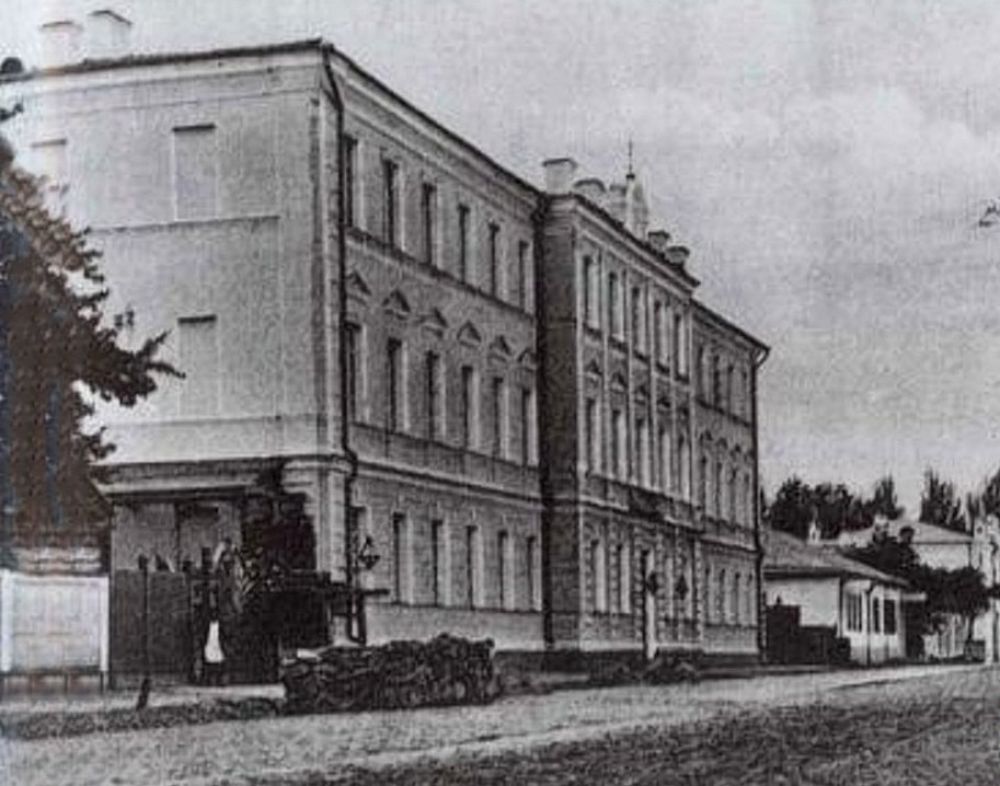 The renowned banking family of the Efrussis was founded by the Berdichev merchant of the 1st guild Chaim Aizikovich Efrussi, who changed his name to Charles Iakhim in Odessa. He laid the foundation of the family banking business, and his sons developed it to an incredible scale. The middle son Ignaz (1829–1899), who was also born in Berdichev, expanded the family business in Vienna and became one of the richest people in Austria, while his elder brother Leon and his father’s brothers Michel and Maurice had banking and grain businesses in Paris.

Ignaz Efrussi was not only a famous rich man, but also a great lover of women, despite the fact that he was married and did not intend to get divorced. Along with carrying out the role of the father of a large family, he had numerous affairs (including with his wife’s sisters) and kept mistresses. 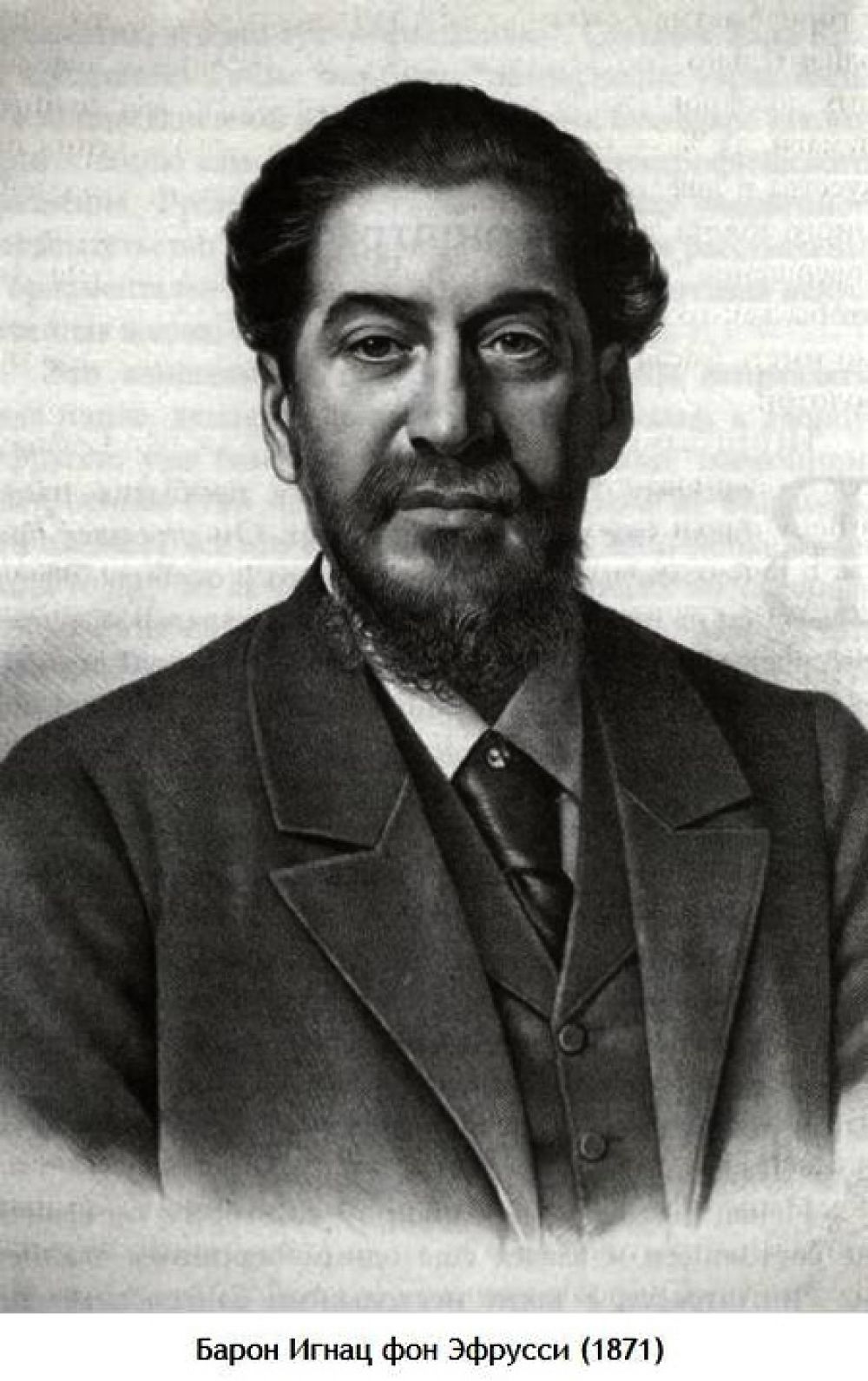 Ignaz Efrussi not only had money and numerous lovers, but he also enjoyed the respect of society. He was the founder of the Grunderzeit period, when the new Austria was established, and he and his entire family did a great deal for Austria. In 1862, when the Danube flooded Vienna, the Efrussi family lent the government money to rebuild the embankments and put up new bridges. Ignaz Efrussi was one of the richest people in Europe at that time – in 1899, the year of his death, Ignaz owned assets worth 3,308,319 Florins in bonds, property, art works and gold. The value of his Viennese property would be worth approximately US$200 million in today’s money.

By the order of the Efrussis, a magnificent palace was built on the Ringstrasse, which contemporaries called Zionist street – Zionstrasse. 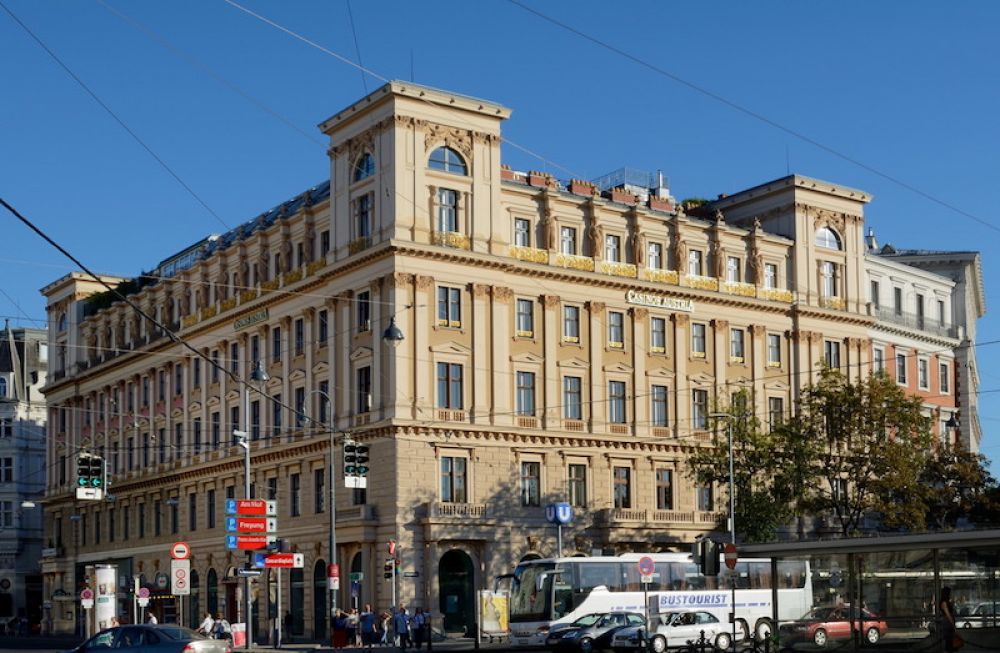 3. The father of a genius and the opponent of Freud

Boris Sidis (1867–1923) was born in Berdichev into a Jewish family, but he did not stay for long in Ukraine. In 1887, after he had spent two years in prison on charges of political crimes, he decided to flee to the USA.
Unlike most emigrants, Sidis found his feet rather quickly – and not just anywhere, but in science. He graduated from Harvard, received the degree of doctor of medicine and began to practice psychology. He founded the field of psychopathology, worked on issues of hypnosis and group psychotherapy and even wrote a book entitled “The Psychology of Suggestion”, which is considered authoritative to this day. 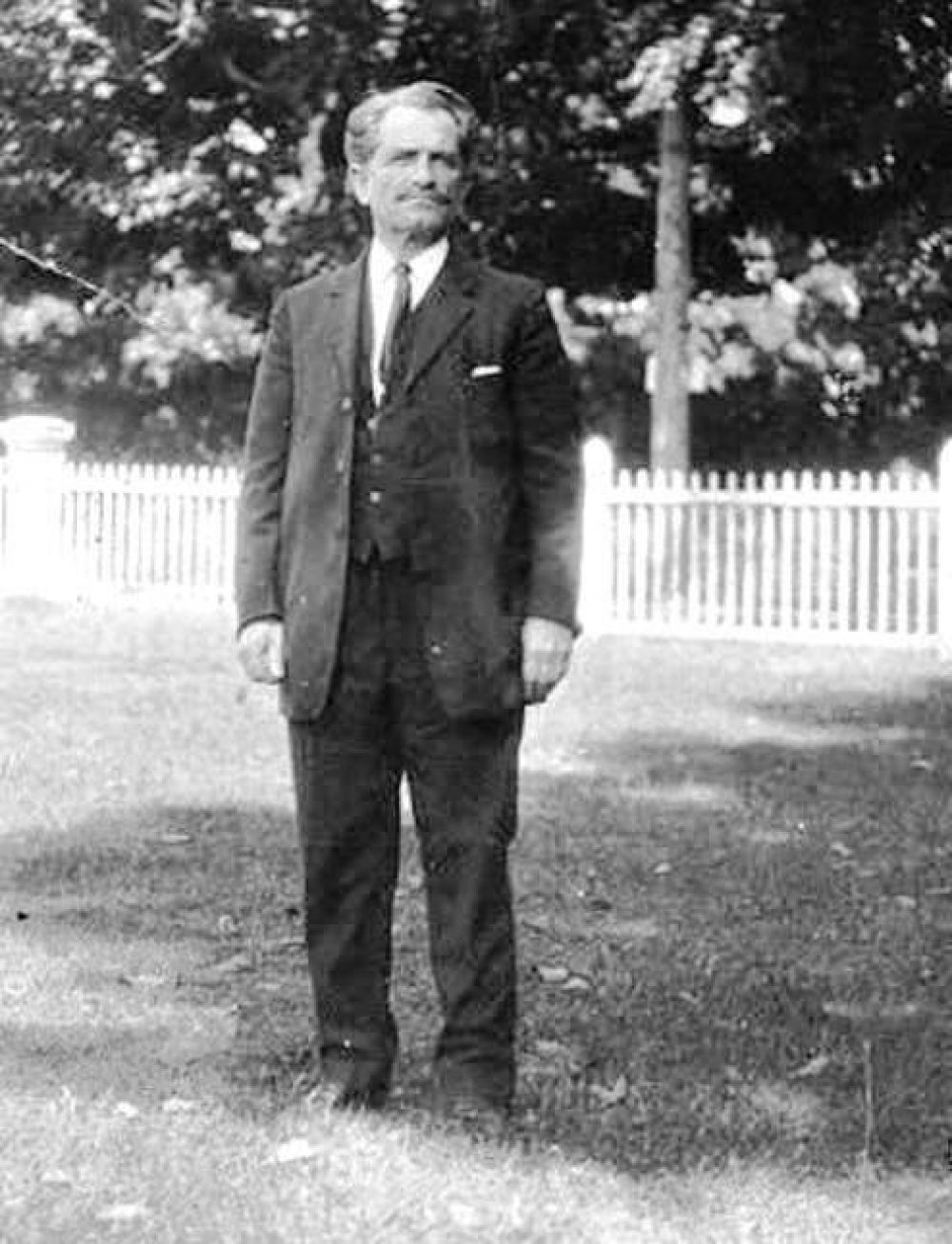 Boris Sidis criticized the work of Sigmund Freud and was categorically opposed to the “insane epidemic of Freudianism, which is now invading America”. He was also opposed to the First World War, considering it to be a social disease, and also criticized eugenics which were popular at the time.

In 1899 Boris Sidis and his wife Sara, also an emigrant from Ukraine, had a son, William James. According to contemporaries, he was the greatest genius on Earth.

Georgy Babat (1911–1960) was born in Zhitomir into a Jewish family, but information about his childhood and youth has not been preserved.

All we know is that at the age of 21 he graduated from the Kiev polytechnic institute. From 1942 he worked at defense factories in Moscow. From 1943 to 1946 he was a scientific associate of the energy institute of the USSR Academy of Sciences, and from 1946 to 1949 he was the acting head of the NAMI (Automobile Institute) laboratory, but was dismissed from his post on charges of cosmopolitanism.

Despite the fact that Babat held a very standard post, and did not work in an advanced and secret laboratory, he made a huge amount of technological discoveries that were ahead of their time. 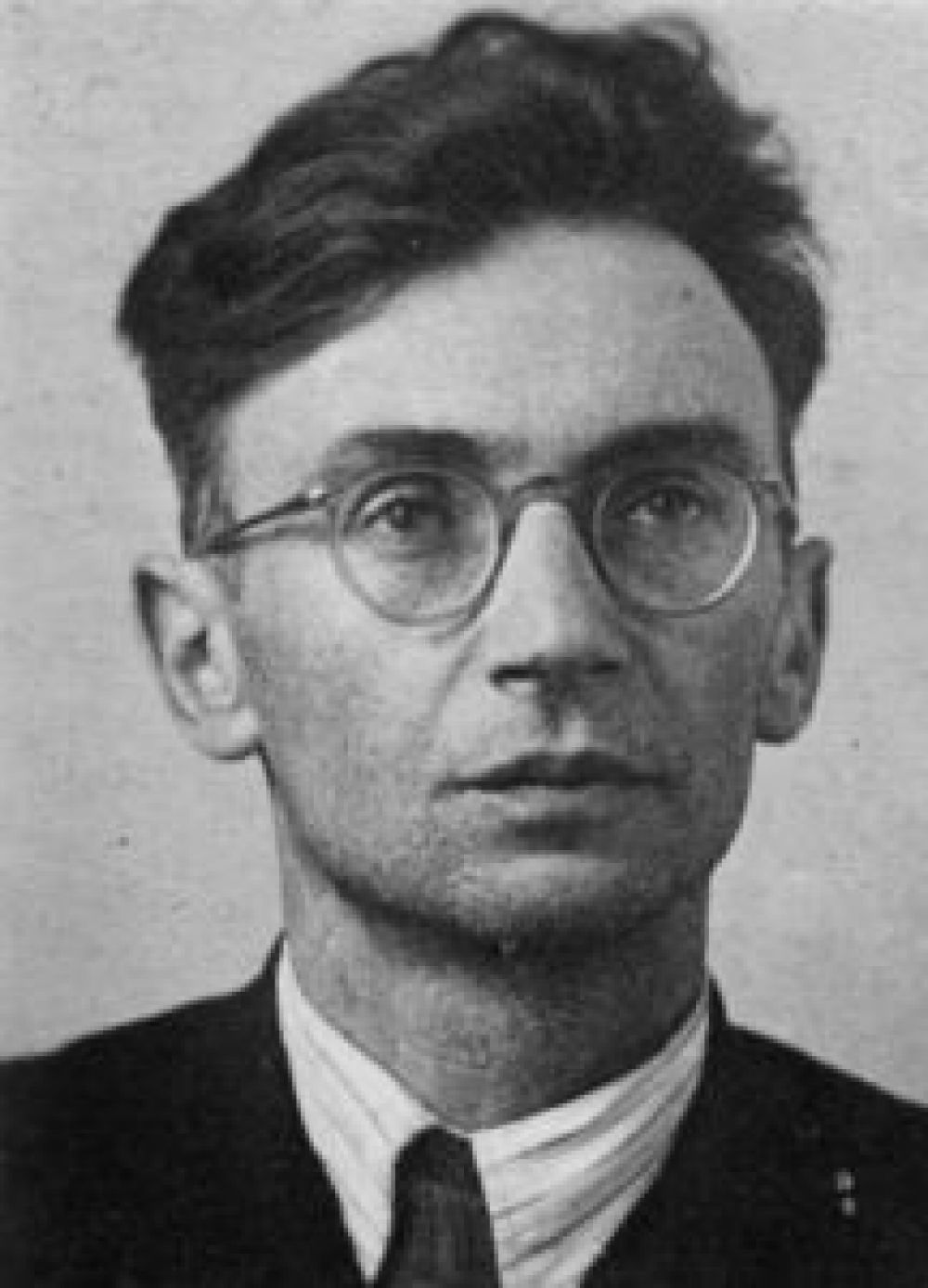 In the 1940s, Georgy Babat made over 100 inventions and made a series of discoveries that are used by the modern generation. For example, he worked on wireless transfer of electricity for electromobiles and invented a mechanical dog that behaved like a real one. In 1943 he proposed the idea of the monophone. It is thanks to this invention that Babat is considered to be one of the fathers of modern mobile phones.

5. The life and fate of Grossman

Iosif Grossman (1905–1964) was born in Berdichev into a prosperous and educated family – his father, the son of a merchant of the second guild, was an engineer and chemist, and his mother came from a wealthy family, studied in France, and then taught French. His parents divorced while Iosif was small, and he was raised by his mother. In his childhood Iosif briefly lived in Geneva and Lausanne, but as a teenager he moved to Kiev, where he enrolled in secondary school and began to live with his father.

Then Iosif (who changed his name to Vasily) Grossman graduated from the chemistry department of the physics and mathematics faculty of the 1st Moscow state university. Over the following years he devoted himself to applied chemistry – he was the head of a chemical laboratory at a coal mine in Donbass and worked at laboratories, and then even became an assistant at the department of general chemistry at the Stalino medical institute.

Grossman began to write when he was just over 20. In the 1930s anthologies of his stories were published. He was a young and promising writer, the favorite author of many readers, but the machine of repression did not avoid him – although not directly, but through his relatives. 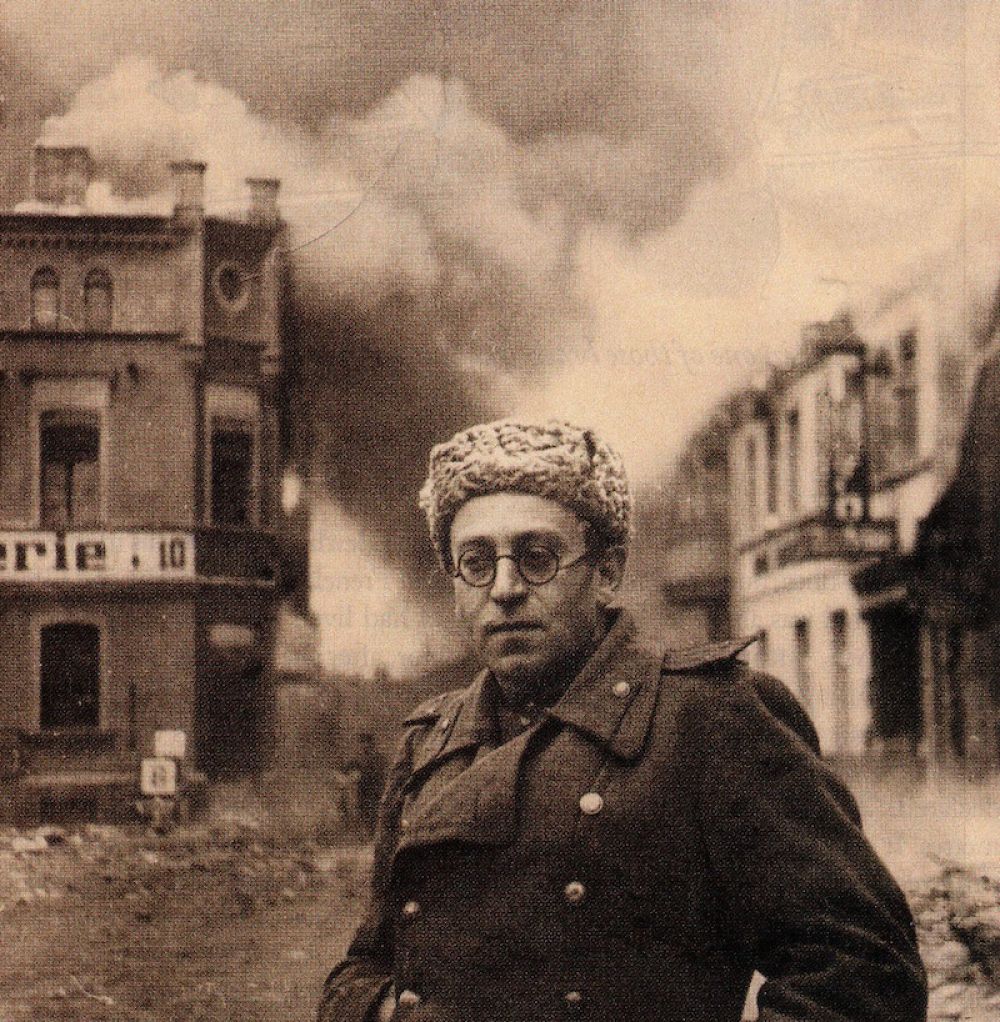 But as soon as the purges ended, the war broke out. Vasily Grossman went to the frontline as a war correspondent and throughout the war served as a special correspondent for the “Red Star” newspaper on practically all European fronts. When the Germans occupied Berdichev, Grossman’s mother was sent to the ghetto and executed. This became the main tragedy of Grossman’s life, and still the end of his days he wrote letters to his mother.

In his war writing, Grossman devoted a great deal of space to the Jewish topic. He saw the horrors of the war with his own eyes, was in the most troubled areas and was one of the first to set foot in the liberated concentration camps of Treblinka and Majdanek. At the end of 1944 Vasily Grossman published the article “The hell of Treblinka”, which essentially opened the dialogue about the Holocaust in the USSR. But alas, few people wanted to continue it. Together with Ilya Ehrenburg, he also wrote “The Black Book”, an anthology of eye-witness reports about the extermination of the Jews, but its publication in the USSR was prohibited – the authorities did not want the sufferings of one nation during the war to stand out against the background of others’ sufferings.

From 1946 to 1959 Grossman wrote the dilogy “For the Right Cause” and “Life and Fate”. If the first work (after extensive reworking because of censorship problems) was published, the novel “Life and Fate” was literally locked up. The manuscript and drafts were confiscated by the KGB, and Politburo member Suslov announced that this novel could not be published in the USSR for 200-300 years. Vasily Grossman stated that everything in the book was the truth, and he could not reject it, but the system had its own ideas…

The USSR did not exist for such a long time, but the novel “survived”. A copy of “Life and Fate” was miraculously preserved, and just as miraculously it was sent to the West, where it was published in 1980. But the author himself did not live to see the publication of his main work – these blows of fate hit him hard, he was diagnosed with cancer of the kidneys, and in 1964 Vasily Grossman passed away.