Jewish Ukraine: 6 facts about the Jews of Ivano-Frankovsk - Jewish News

Jewish Ukraine: 6 facts about the Jews of Ivano-Frankovsk

The Jewish history of Ivano-Frankovsk, which until 1962 was called Stanislav, is three and a half centuries old. There were periods when almost half of the city residents were Jews, but there was also a time when hardly any remained. But even in the most difficult years, Jews found the strength to preserve traditions and memory of their roots. And also the desire not just to survive, but to give something useful to this world, which has not always been kind to them.

Literally right after its foundation in 1662, Stanislav became one of the main Jewish towns of Western Ukraine. Jews, who were permitted to settle freely in Stanislav, quickly filled the town – by 1672 there was already a synagogue there (still wooden at that time), which was a true sign of the stable position of the community.

In the early 18th century, because of numerous wars and epidemics, the Jewish presence in the city dropped considerably, and to attract Jews to Stanislav, it was decided to expand their privileges – in particular, they were allowed to build a stone synagogue. Thanks to the attractive conditions, by 1732 the Jewish community had grown to 1740 people – 44.3% of the entire population. Furthermore, as the town increased in size, this percentage remained approximately the same right up until the Second World War.

A huge number of buildings also belonged to Jews, both residential and commercial. There was even a joke that only the streets in Stanislav were Polish – but the houses on them were Jewish.

Jews not only lived and worked in the city (Austrian, Polish), but also took part in running it – from 1873 they made up almost half the members of the municipality, and from 1897-1919 the mayor was Doctor A. Nimkhin, whom the Poles dismissed, along with other Jews in municipal institutions. Eight years later, in 1927, a member of the Jewish community was once more appointed deputy mayor, the leader of the Stanislav Zionists A. Ritterman.

2. The first Jewish mayor of Jerusalem 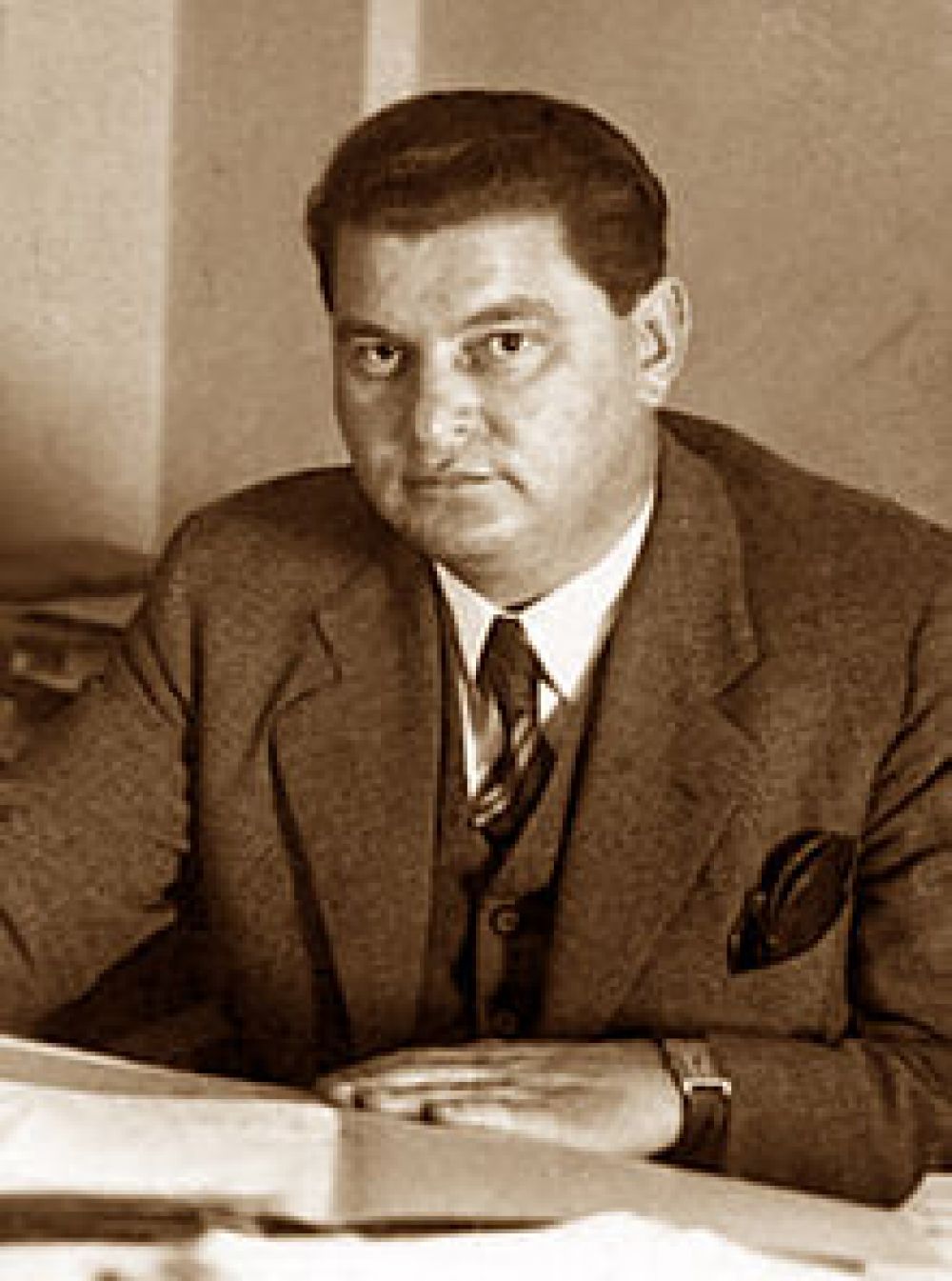 The ability of Stanislav’s Jews to run cities fully manifested itself in Daniel Auster (1893–1963), who became the first elected mayor of Jerusalem. He was born into a Jewish family in the village of Kinginin, now part of the city. Like many other progressive young people of that time, he didn’t stay in one place – Daniel studied law at the University of Vienna, and was the head of that city’s Zionist youth organization.

Inspired by the ideas of Zionism, in 1914 Auster moved to Eretz Yisrael – incidentally, as several sources claim, before repatriation his surname was Gutman. There he worked for a brief time as a teacher of German, and then joined the army – he fought on the side of Austria in the First World War. Then he returned to the city and began to practice law and become involved in politics.

In 1934 Auster was elected to the municipality of Jerusalem, and a year later the Supreme commissar of Palestine appointed him deputy mayor of the city, while from 1937-1938 he also acted as mayor, thus becoming the first Jewish mayor of Jerusalem. Auster was appointed to this position for the second time in 1944 (and he remained there for around one year), and for the third time he was city mayor from 1950 to 1951, after the country had become independent (incidentally, Auster was one of the people to sign the Declaration of Independence of Israel). During his third term he was the mayor of Western Jerusalem.

Daniel Auster did a great deal for the capital – he was responsible for restoring the city after the war. Various parts of the city were named in his honor, such as the Daniel garden and Auster square.

3. The great American financier from Stanislav

Arthur Frank Burns was born in Stanislav into an ordinary Jewish family – but he led a very unusual life. Burns’ parents were Sarah Juran and Nathan Burnseig, who worked as a house painter. Their son Arthur (who probably had a name that was more familiar for the Jewish ear in his childhood) was a capable child – he translated the Talmud into Polish and Russian at the age of 6, and at 9 was debating socialism.

When the boy was 10 years old, his family moved from Stanislav to a small town in the state of New Jersey. His father set up his own business as a house painting contractor, but the family barely had enough money to survive, and Arthur had to make his own road to success. At 18 he enrolled at Columbia University in the economics faculty, and after receiving a stipend, he did a variety of odd jobs to get by – from mail deliverer and theater prompter to a cabin boy on an oil trailer and a salesman. Despite all the difficulties, he didn’t give up his studies. In 1934 Burns graduated from university with a PhD in economics, and became a professor several years later.

After receiving his first degree, he began to work at the National Bureau of Economic Research founded by the renowned economist Wesley Mitchell (and became the head of it in 1967), studying economic rises and slumps. The talented scholar was noticed by the government – Arthur Burns became the head of the economic board under US president Dwight Eisenhower, and then began to work on President Richard Nixon’s team (from 1969 to 1970 he was his advisor on domestic economic problems).

In the US financial system of those years, the Galician Jew Arthur Burns played an important role – in 1970-1978 he headed the Board of Governors of the Federal Reserve, essentially the US equivalent of the central bank. In other words, for eight years Burns was the head banker of the United States.

In the 1970s, the economic chapter of his life ended, and the diplomatic chapter began. In 1981-1985 Burns was the US ambassador to West Germany, and at the end of his life he returned to the States as a pensioner. Arthur Burns died of heart disease at the age of 83.

4. The sculptor of wood

Chaim Gross (1904–1991) was born in Kolomya and was the tenth child in a poor Jewish family. His father was a junk dealer, and was of course unable to pay for his son’s artistic education.

When the First World War ended, Chaim Gross was finally able to devote himself to his favorite activity. In 1919 he went to Vienna, and then to Budapest, to study at art school. Then he returned to Austria, where he graduated from the University of Applied Arts. In 1921 Gross moved to the USA, where he supported himself by working as a courier and shop assistant, and after completing his studies he joined the Student Art League of New York.

Chaim Gross made his incredible sculptures out of wood (it was his wooden works that brought him popularity), bronze and stone. His official debut took place in 1932, when he presented his sculptural and graphic works to a wider audience at his first personal exhibition in New York. Gross enjoyed teaching his craft to students (he was a professor at various art schools in America) and making sculptures himself – incidentally, he was one of the founders and the first president of the US Sculptors’ Guild.

Gross also made wonderful sketches and drawings, with some of his works portraying his relatives who perished in the Holocaust. In 1990, the synagogue on Fifth Avenue in New York commissioned a 3.2 meter high bronze menorah designed by Gross.

5. The fatal injection for Doctor Freud 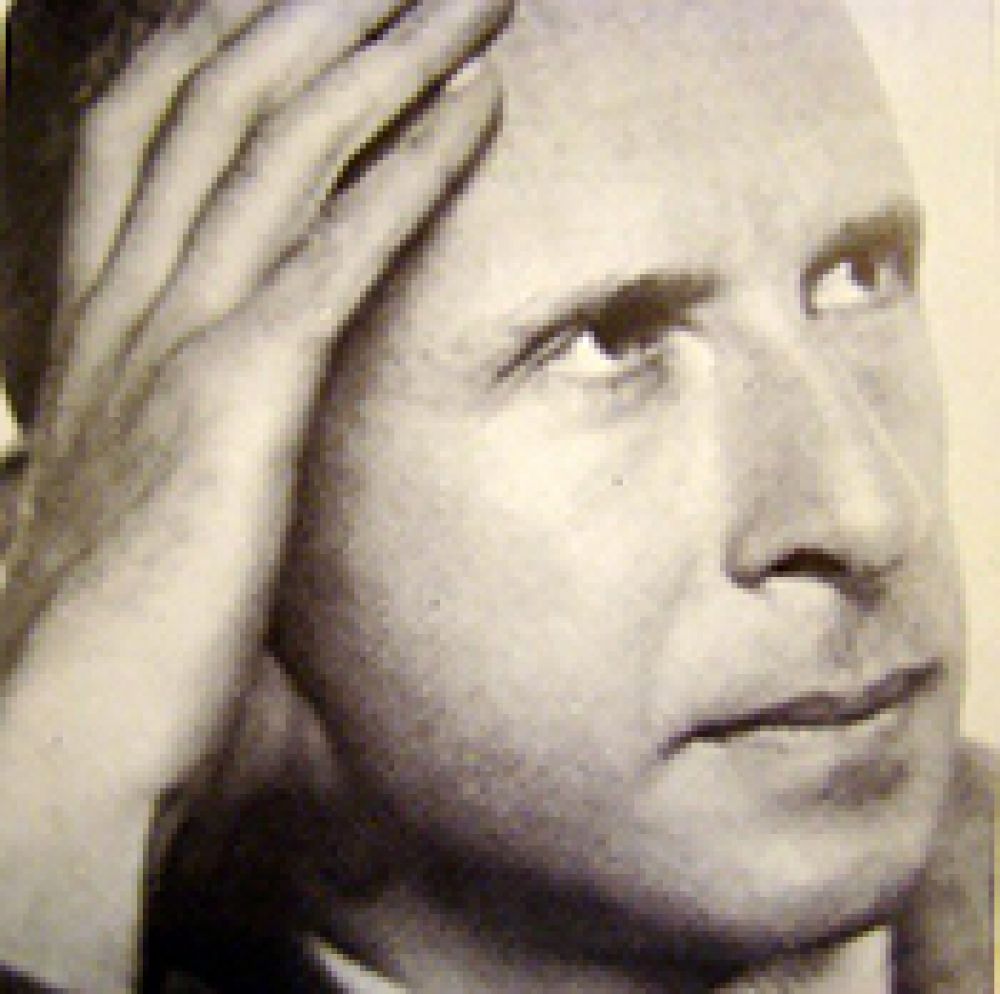 Everyone has heard about Sigmund Freud, but almost no one has heard of his doctor Max Schur. But it was Schur who put an end to the sufferings of the modern world’s most famous psychotherapist by giving him three injections of morphine. But this was not murder – he was asked to do so by Freud, who could not endure the pain caused by an inoperable cancerous tumor.

Max Schur (1897–1969) was born in Stanislav and received his higher medical education in Vienna, where his Jewish family moved in 1914. In Vienna he learned about the teaching of Sigmund Freud and attended his lectures – and from 1929 Schur began to work as his personal therapist.

Schur became like a son to the great neurologist and psychiatrist, helping him in every way. When Freud moved to London, fleeing the Nazis, Max followed him. But Schur was not just Freud’s assistant – he also tried to give his patients something new. He combined two fields – medicine and psychoanalysis – and opened a psychosomatic clinic, studying the link between physiological reactions and the psychological condition of patients.

Max Schur also wrote the book “Sigmund Freud. His Life and Death”, where he provided excerpts from his correspondence with the scientist, with commentary and observations.

Margit Reich (1903–1965) was born into the family of an engineer in the town of Kolomyya. She showed artistic talent at an early age – while at high school, she attended the Free academy of arts, and after graduating from a general education school, she received her initial artistic education at the private “Free Academy” in Lviv, where her entire family moved.

Reich perfected her art at the Lviv artistic and technical school, and later at the Krakow academy of fine arts and the Viennese academy, and then moved to Paris. In 1925-1927 she was a student at the “Academie moderne” under Fernand Leger, who greatly valued her talent, and under Amedee Ozenfant. Reich’s debut as an artist was an exhibition of paintings at the “Independent Salon” in Paris in 1926 – she painted under the influence of Renoir and created paintings in a vivacious style that mixed impressionism, Cubism and constructivism.

Unlike many Jewish contemporaries, Reich went to the USSR and even joined the Association of independent Ukrainian artists, and from 1940 was a member of the Union of Soviet Artists of Ukraine.

However, her great achievements in art did not spare her from the horrors of the Holocaust – in 1942 she was sent to the Yanovsky concentration camp. Fortunately, with the help of friends she escaped and until the end of the war lived under a false name. 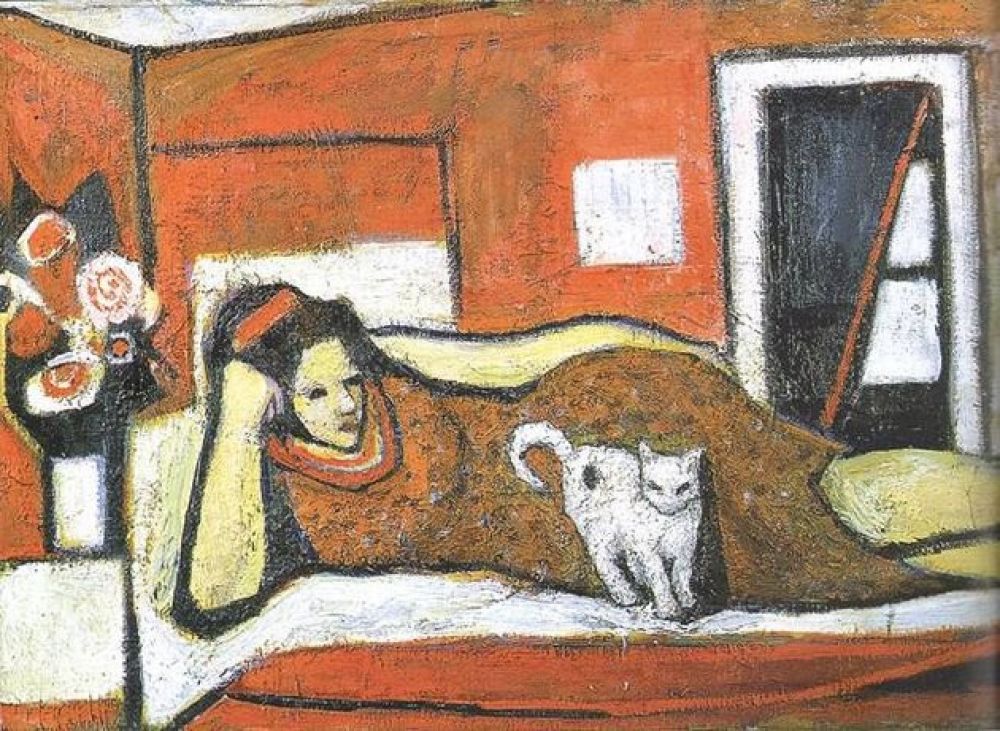 In 1931 Margit was wedded in civil marriage, which at that time was equivalent to a church marriage, to the artist Roman Selsky, and became Margarita Reich-Selskaya. Together they lived through all the difficulties of the war – there was a period in these terrible years where they were separated, but this did not last long.

Margarita Reich-Selskaya became a representative of the movement which became known as “Ukrainian colorism”, and made portraits, still lifes and landscapes that were full of color and light.