Jewish Ukraine: 6 facts about the Jews of Odessa 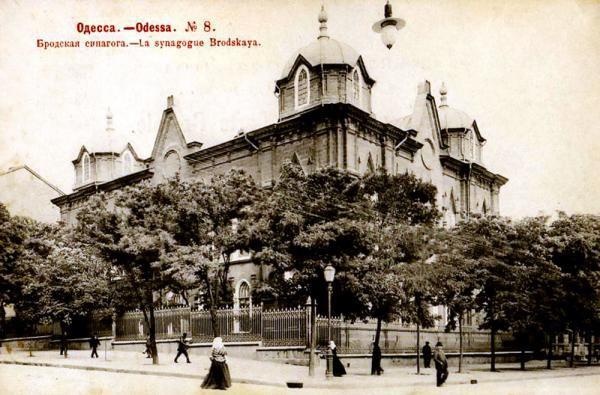 Odessa is a city with a strong Jewish reputation. And it doesn’t matter whether 50% of the city is Jewish, or 2%. In fact, we may say that Jews lived in this city even before it was founded. The Turkish fortress of Hajibei, which was conquered by the brave Spaniard (and according to some sources, Marrano) Iosif Deribas, was inhabited by six Jewish families. At the moment of the official foundation of Odessa in 1794, there were 246 Jews living there, 10% of the population. And they felt quite out of place: they worked on the land, which according to the law of the Russian Empire was forbidden under the penalty of death, relaxed in cafes and went to theaters – in other words they were like all other citizens.

1. The useful Jews of Prince Vorontsov

The Prince and Field-Marshal General Mikhail Semyonovich Vorontsov was one of the most educated people of his time. He spent over 30 years in the post of Governor-General of Novorossiisk, from 1825 to 1856.

This period is called the “golden age” of Odessa. And Jews felt special respect and gratitude towards the count. They had good reason to do so. An official with a European education (and Mikhail Semyonovich grew up in England), he had no prejudice against people of other religions, only seeing the benefit that an active people could bring to his region. Under Vorontsov Jewish public schools, the main synagogue and prayer houses were opened in Odessa. Mikhail Semyonovich even spoke out against the imperially approved decree of the government according to which Jews of the empire were divided into useful and useless. It was proposed to call merchants of the third guild, workshop craftsmen, land-owners and the bourgeois who owned immovable property useful Jews, while all other Jews would be subject to repressions and eviction.

Vorontsov wrote a letter to Nicholas I, stating that it was unjust to call several hundred thousand people “useless” who by the will of the Almighty had been living in the Empire for a long time. The draconian decree was annulled through Vorontsov’s efforts.

2. Organ music in the synagogue 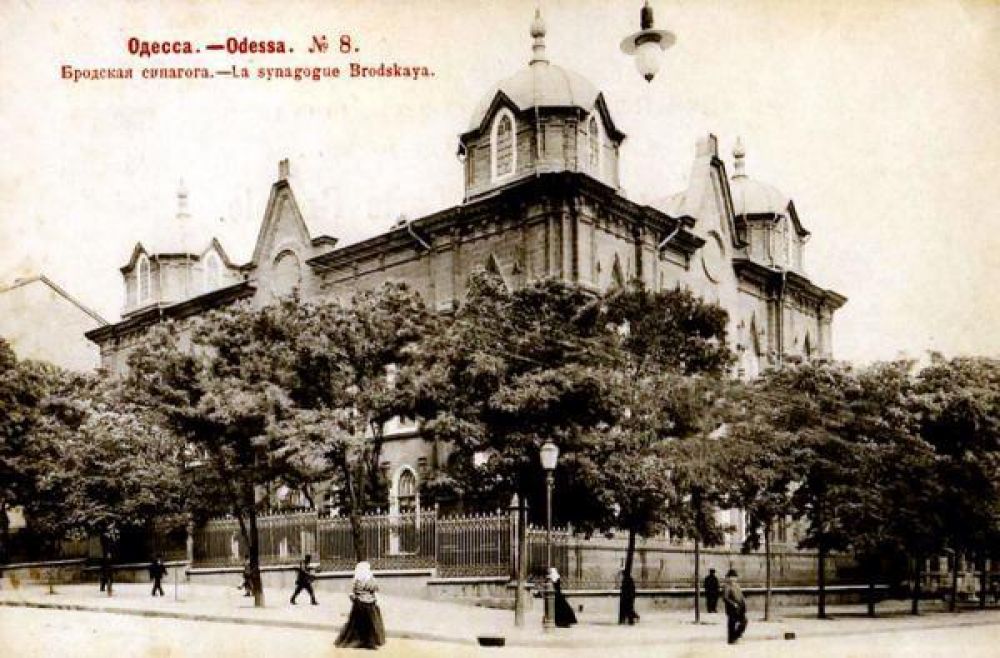 In the 19th century, not only small-time artisans and merchants began moving to Odessa, but also important businessmen from Austria, Germany and Galicia. These Jews were called “Brodskys”. And they were already millionaires, often specializing in the sale of grain. In 1841 the Brodsky Jews opened their own synagogue, which became known as the Brodsky synagogue. In 1863, the synagogue building was rebuilt according to the plan of the architect Kolovich.

This became the first synagogue in the empire with an organ. World-famous musicians performed at the Brodsky synagogue, such as the conductor and composer David Novakovsky, who was in charge of the synagogue choir; the outstanding singer, chanter Pinkhas Minkovsky, and the legendary organist and chanter Nisan Blumenthal, whom Jews came from all over Russia to hear; and Fyodor Chaliapin.

The pogrom of 1881 stunned the Jewish community of Odessa. Bandits on a train rode around the city, inciting people to join them in their spree of looting and killing. It was then that the renowned Odessa doctor, a hero of the Crimean War, Leon (Lev) Pinsker, who had previously been in favor of assimilation, decided that his fellow Jews would have to build their own nation by their own efforts. In 1882, his brochure “Auto-emancipation” was published in Germany, where Pinsker called on the Jews to become a nation, to develop a specific program of self-liberation, and create a state. He ended the book with the call: “Help yourselves, and God will help you!” 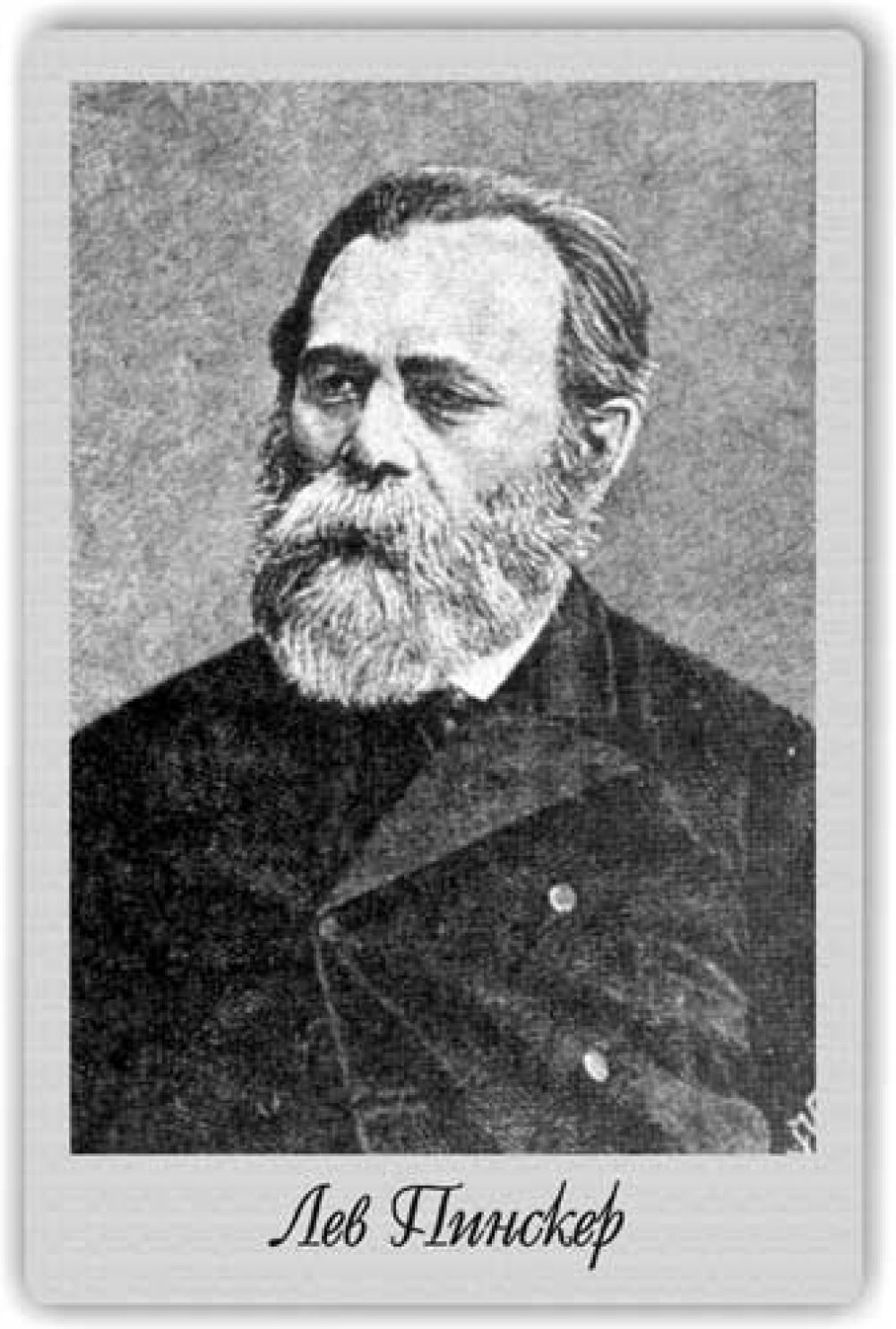 The Palestinian committee was founded in Odessa, the only legal Zionist organization in the Russian Empire. The committee raised money among Jews for Jews. With these funds they bought land in Palestine from Turks and Arabs – all the land on which Israel stands was bought by Jews. Agricultural colonies in Palestine were also organized and supported with this money.

4. Zhabotinsky and his Jewish regiment

The outstanding writer and poet, brilliant journalist and pamphleteer, orator of genius and polyglot, and also one of the leaders of the Zionist movement and the creator of the self-defense divisions Vladimir Zhabotinsky was born in Odessa on 6 October 1880. The younger son in an impoverished family, he graduated from a Russian high school and took no interest in Jewish national issues whatsoever. But he showed literary abilities at a very early age and by 18 he was the foreign correspondent of the newspapers “Odessky Listok” and “Odesskie Novosti” in Italy and Germany. 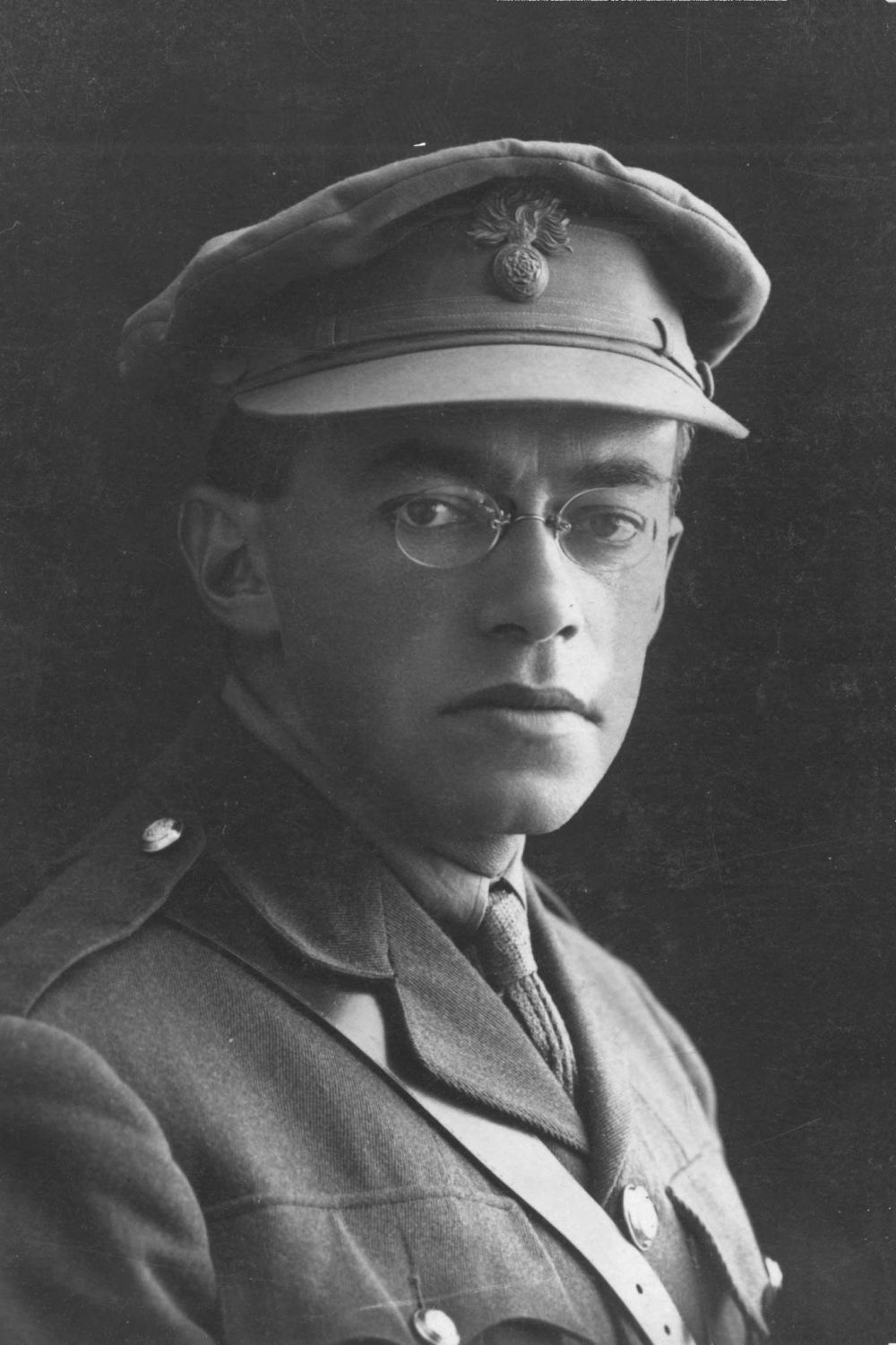 He returned to Odessa as an experienced journalist. Zhabotinsky began to take an interest in Jewish matters after the pogroms in the south of Ukraine in 1903-1905. Vladimir became a convinced Zionist and advocated Jewish self-defense. In Dizengof’s place, he began to raise funds to buy weapons. In 1914 he launched a campaign for the creation of a Jewish national military unit in the Allied Forces. 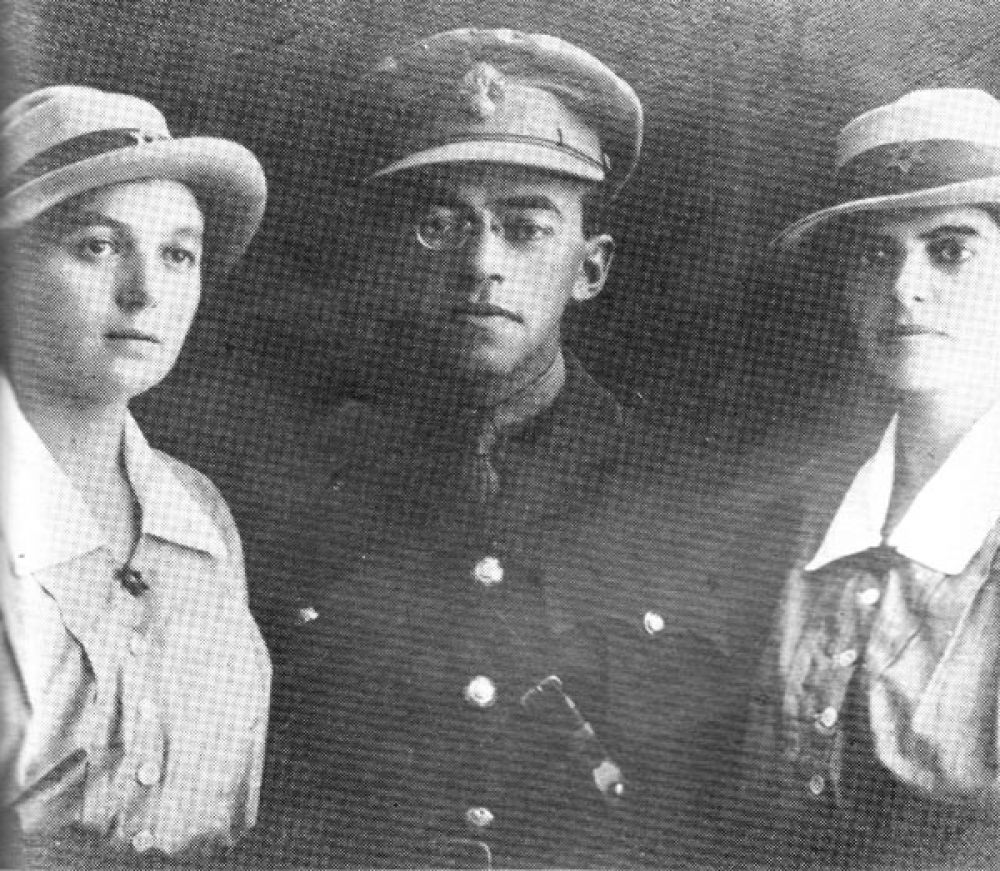 He believed that the participation of the Jewish people in the war would give them the right to vote in the subsequent arrangement of the world, and help the people to return to their historical homeland. As a result, the English organized an auxiliary transport division (“Division of mule drivers”), which did not satisfy Zhabotinsky, however. He went to Europe, securing the agreement of the allies to form a fully-fledged Jewish legion. In 1917, the Jewish military unit was formed in the British armed forces. Zhabotinsky himself became a private, passed a sergeant’s course, and was promoted to officer.

The Jewish legion did not actually get to fight, but military skills came in handy for self-defense during Arab disturbances in Jerusalem at Passover. For defending the Jewish population, a military court sentenced Zhabotinsky to 15 years hard labor, but the English authorities annulled the sentence in response to protests. 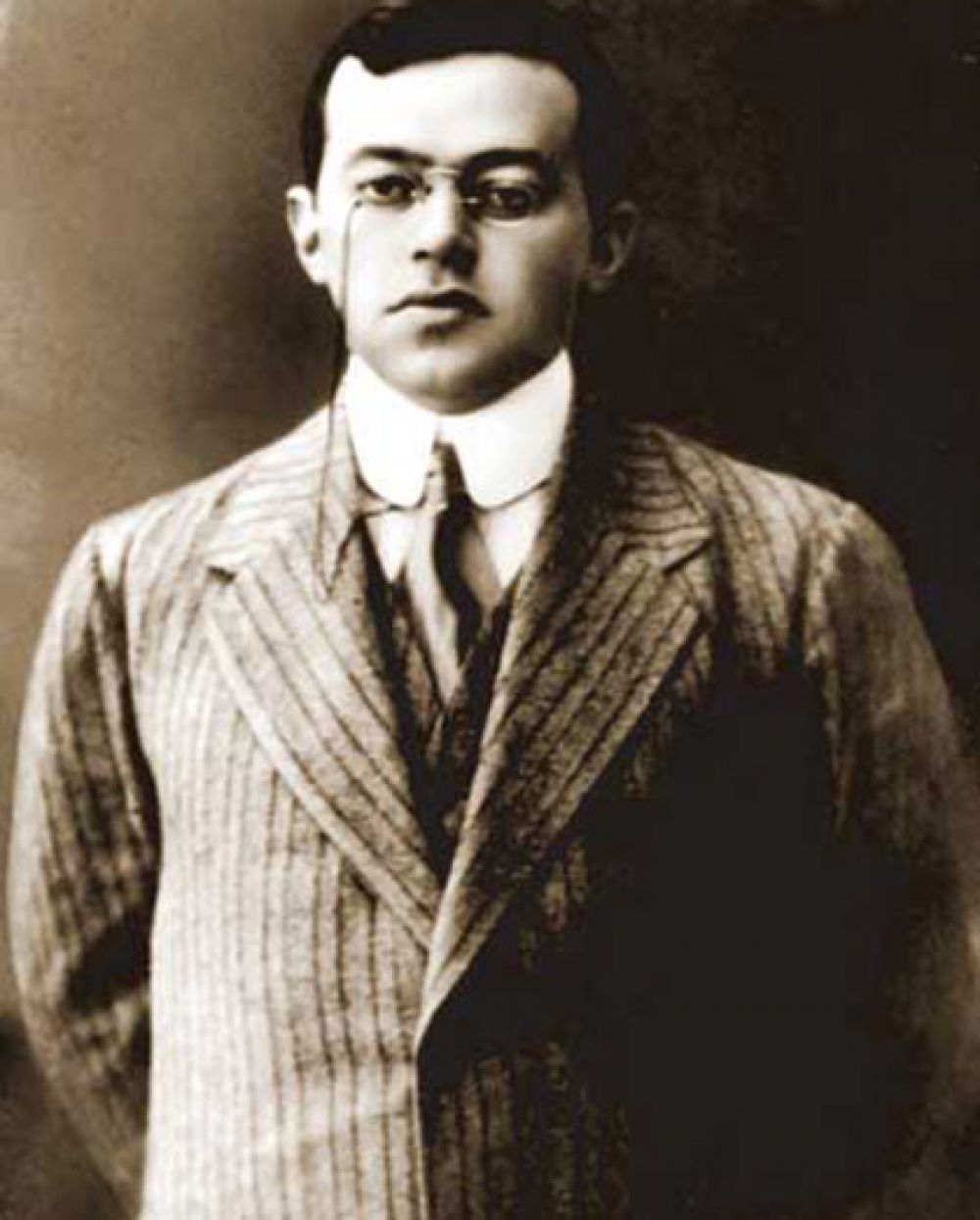 Zhabotinsky insisted that the ultimate goal of Zionism was the creation of a Jewish state on both sides of the River Jordan. After WWII began, Zhabotinsky went to the USA to organize a Jewish army which could fight the Nazis. But on 4 August 1940 he died of heart failure in the Betar camp by New York. In his will, Zhabotinsky asked to be buried in the place where he died, and for his ashes to be brought to Eretz-Israel only according to a decree of the government of the Jewish state. In 1964 his final wish was fulfilled.

It’s remarkable that “gentlemen from Odessa” were even capable of amazing and conquering Las Vegas. In 1903, David Berman was born in Odessa. As a child he moved to the USA – first his father went there, and then his mother with her children, including David. After decades he became famous in the American criminal world as “Davie the Jew”, becoming one of the pioneers of the gambling industry in Las Vegas. 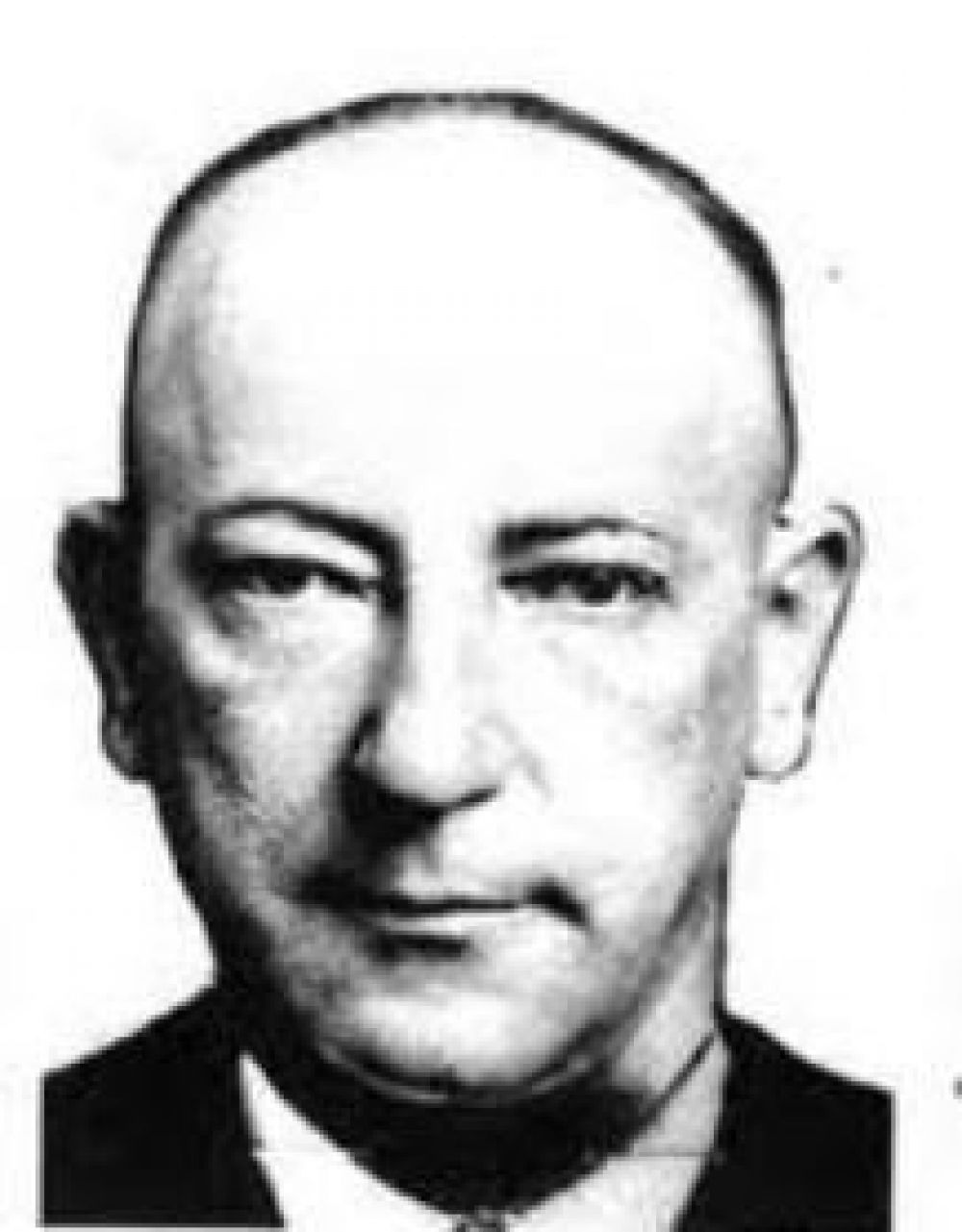 Interestingly enough, Berman started his criminal career at the age of 13, when he led a gang of teenagers involved in minor extortion. When he grew up, he started robbing banks. After moving to Minneapolis, David took an interest in bookie operations. Berman’s closest assistant in those years was “Willy the Icebreaker”, who was famous for the brutal murders of a number of Jewish gangsters from northern Minneapolis. Berman, who made friends with the Minneapolis mayor Marvin L. Kline, became the head boss of the gambling industry in the city.
In the 1930s, Minneapolis was famous as the “U.S. capital of anti-Semitism”. The city became the main center of the pro-Nazi organization, the Silver Shirts. Berman’s gang members forcibly broke up their meetings and gatherings several times, and stopped the activity of the Silver Shirts in Minneapolis. After the outbreak of WWII, Berman tried to joint the USA army as a volunteer, but he was not accepted because of his criminal past. Then he enlisted in the Canadian army and took part in fighting in Western Europe as an intelligence agent of the 18th armed vehicle regiment. Berman died on 16 June 1957 during an operation on his intestine. 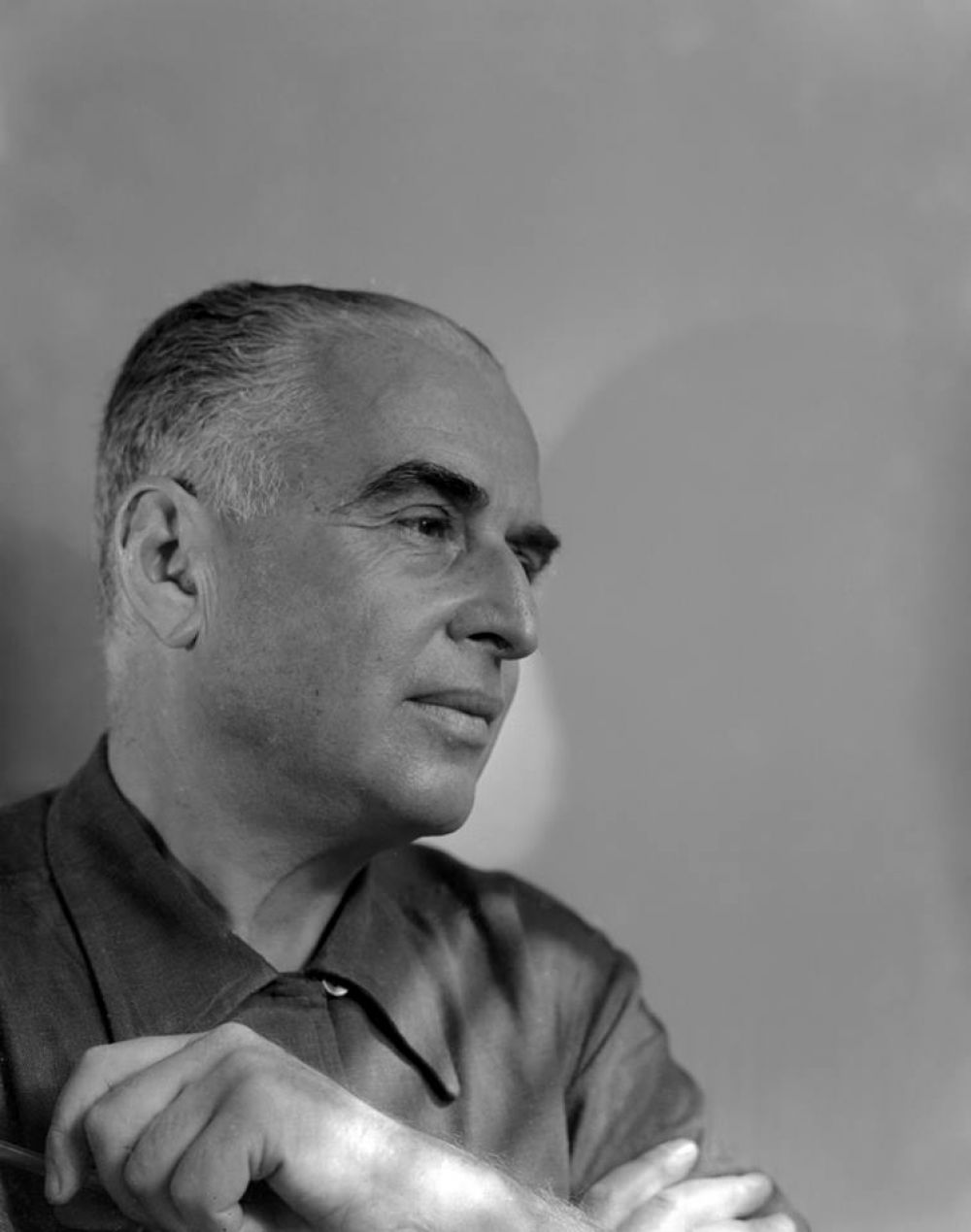 On 2 April 1896 in Odessa, Gregory Varshavchik was born, one of the most famous modernist architects of Brazil. Varshavchik began to study architecture at the Odessa University, and at the age of 22 continued his education at the Fine Art Institute in Rome. He built his first houses in Brazil in the 1920s-early 1930s. 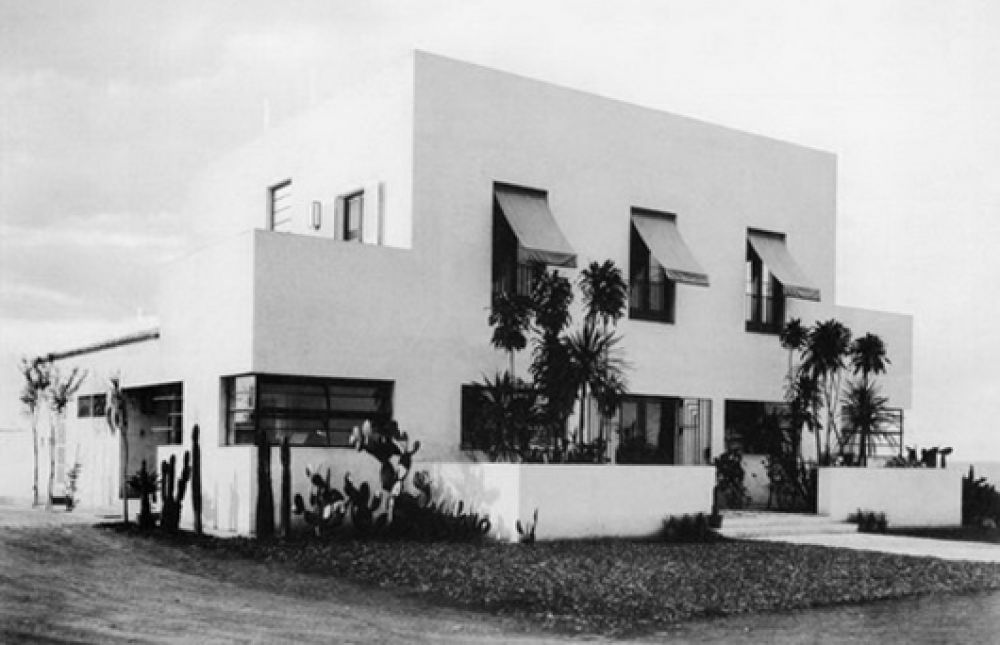 Varshavchik became the founder of the modernist era in Brazilian architecture. He met with the pioneer of modern architecture de Corbusier in France, who called the house that he built a “machine for life”. Varshavchik kept ties with the masters of Bauhaus – Walter Gropius, Marcel Breuer, Ludwig Mies van der Rohe, whom Hitler forced out of Germany. Varshavchik passed away in 1972.