I came back from America a different person 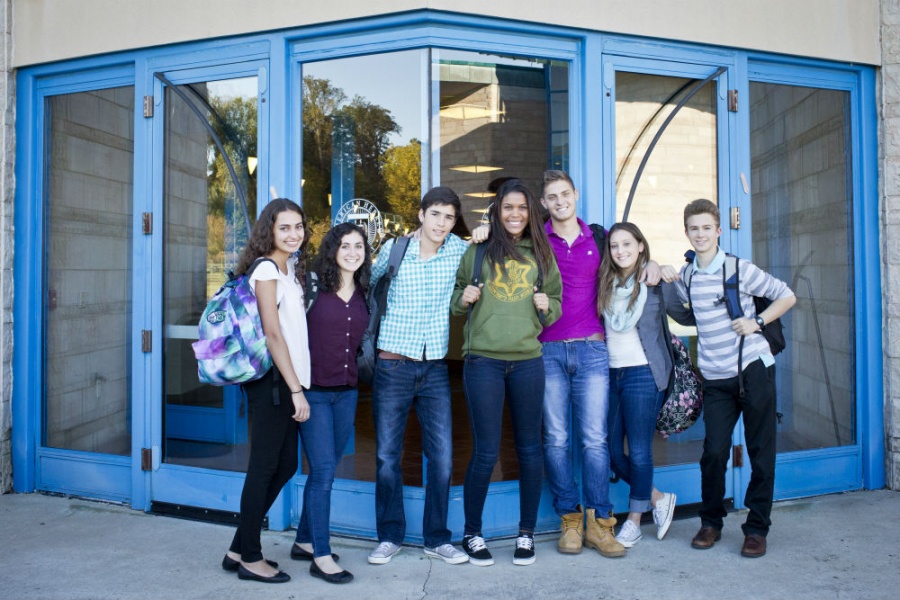 Haritovna, who came to the elite boarding school to study during her 10th grade year, attended a Jewish school in Moscow, Russia, but the American Hebrew Academy opened the doors to a new Jewish experience for her. She also learned the academic skills and self-disciple to go straight to University after the completion of her junior year of high school, enrolling in an international course of study for the hospitality industry.

Where did you study before you went to the American Hebrew Academy, and did you have a feeling of your Jewish identity before you came to America?

For my first nine years at school, I studied at Jewish school №1311 in Moscow [also called the “Lipman school”, after its founder and permanent head – ed.], I studied Hebrew and was familiar with the Jewish way of life, and Jewish traditions were also observed in my family. But of course when I came to America, I was able to see all this from another side, as the approach there is completely different.

What is the difference?

In Moscow, my family observed Shabbat as Conservative Jews, but at Academy, we were offered a choice between Reform, Orthodox and Conservative prayer services – we could choose what we felt closest to. My ideas of Judaism became broader thanks to exposure to people with a different mentality, language and outlook on religion. This was very interesting. But at the same time, as the foundation is the same for everyone – we are all Jews, after all - and since I was familiar with it, it was much easier to adapt. 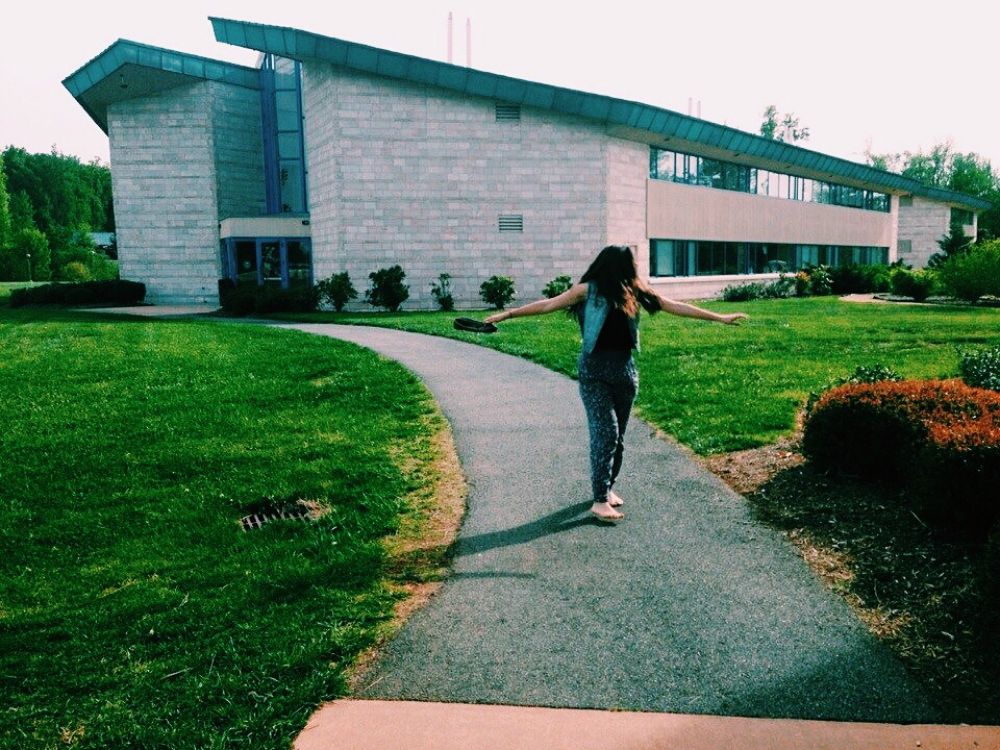 What entrance exams did you take?

The school is international, and at any time, pupils come from 15-18 different countries. Since the school was founded, students from a total of 35 countries have come to study at the Academy. So it is not one size fits all. I sent the results of three exams for Admission, including English, as well essays in English, since all classes at the American Hebrew Academy are in English. I was admitted because I spoke the language sufficiently well to start studying in English. The Academy offers an intensive course of English, “ESOL” (English for Speakers of Other Languages) for the international students to help us improve our English language skills

Is the level of preparation for “Jewish” subjects tested in some way? Did you have fellow students who were not from Jewish schools, say, and weren’t so confident in this part of the curriculum?

The school has an individual approach to every student. There are groups from beginner to highly advanced, in terms of knowledge of the Hebrew language, as well as traditions and other prayers. For example, pupils from Israel had a very good knowledge of Hebrew, and went into the more advanced groups, while those whose level of Hebrew was lower took classes designed to help improve it.

Studying abroad not only means good possibilities and a change of atmosphere, can also be difficult. How prepared were you to live far away from your family and in a language environment that was not your own?

When I applied to the Academy, I wanted a change of scene, to see a different world and at the same time to spend time alone, to become more independent. So the desire to try something new was very strong. But this was also mixed with anxiety, and the fear of something new and unknown.

Initially, at the Academy I had some difficulties, mainly connected with language. I was at a beginner level, but the school’s classes are at a high level, and are aimed at preparation for university. The American students and the foreign students are in classes together, so I had to overcome the language barrier in my studies, not to mention that I had to communicate with Americans and other pupils who had more advanced English.

But I was helped greatly by teachers and employees of the Academy; they were all prepared to help me with any task. I wasn’t given an ultimatum because I couldn’t cope with everything at once. On the contrary, they tried to support me as best they could. 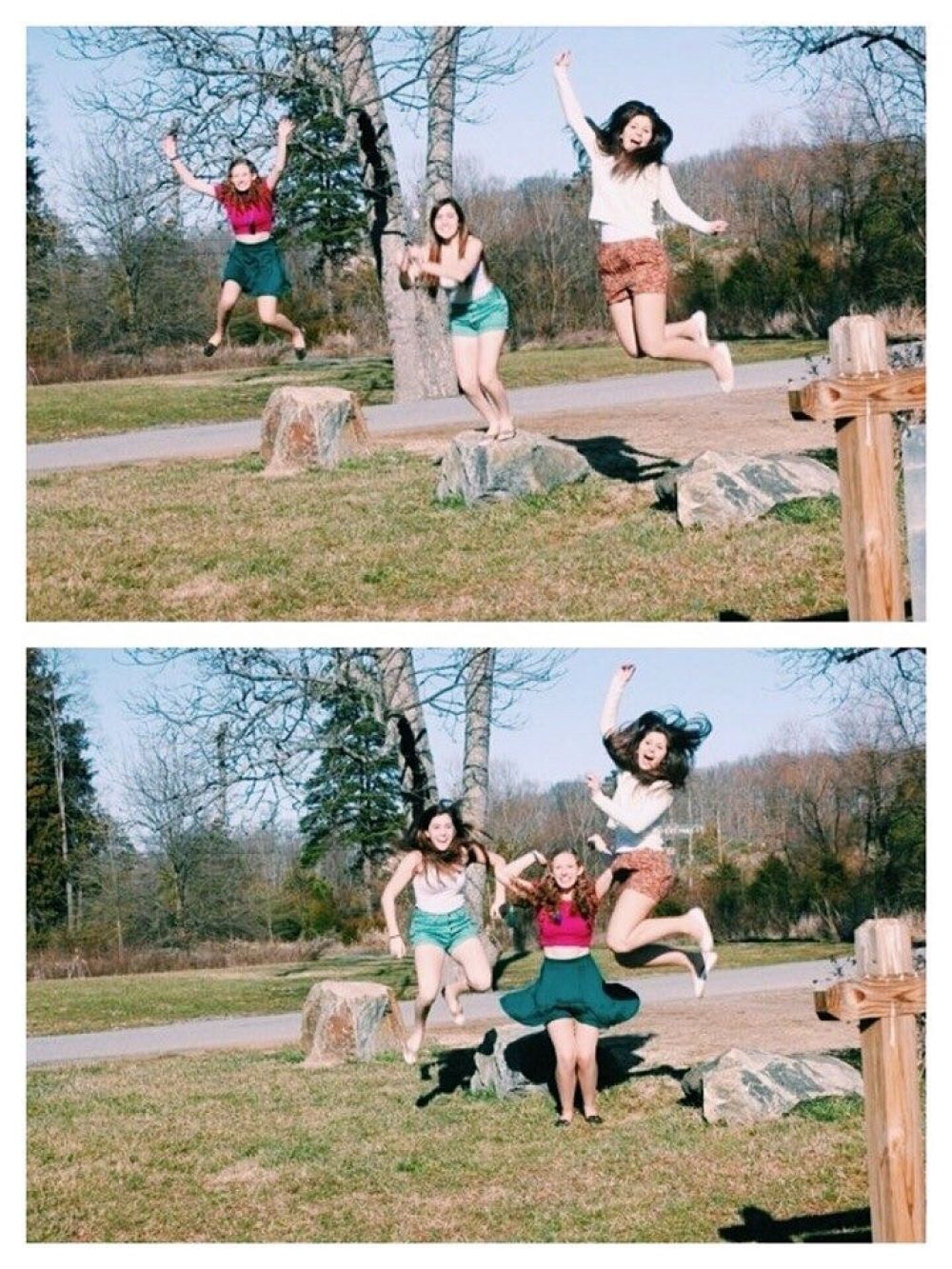 The Academy has a full program to help foreign students and their parents adapt to the school itself, to the culture, and to life in America as a whole.

Of course, at first it was also difficult just being there alone, without my family, in an unfamiliar environment. When I went there to study, I was only 15 years old, and I missed my parents’ care and the warmth of my home. But by the end of the first year, I could say for sure that I didn’t want to leave. I felt comfortable, I wanted to stay there and continue my studies.

But I had to return to Moscow: my parents missed me, and I couldn’t allow myself to stay away from home for the next 6-7 years, which is the time I would take to graduate from the Academy and an American university. But thanks to my studies in America I immediately enrolled at an institute/university in Russia, and now I am studying in my third year, whereas if I had not studied abroad I would have just graduated from high school.

Where are you studying now, and how did studying at the American Hebrew Academy influence your choice of university?

I’m studying at a private institute called the Higher Business School, and I’m specializing in the hotel business. The Academy influenced me in that I was inspired by approach of the school to examine and encourage the individual desires and needs of each student. This greatly helps students develop a sense of purpose and a greater interest in study. This is something that I was looking for, and found. The Higher Business School is international, we study many foreign languages, and there are many programs for studying abroad, and there is the chance to study for a Master’s Degree abroad, and having studied at the American Hebrew Academy made this very important to me.

I returned from America a different person. My parents also noticed this. I became better organized and more confident, and I felt the desire to study more and more. So I refused to go to high school to 11th grade, and decided to go straight to the institute. 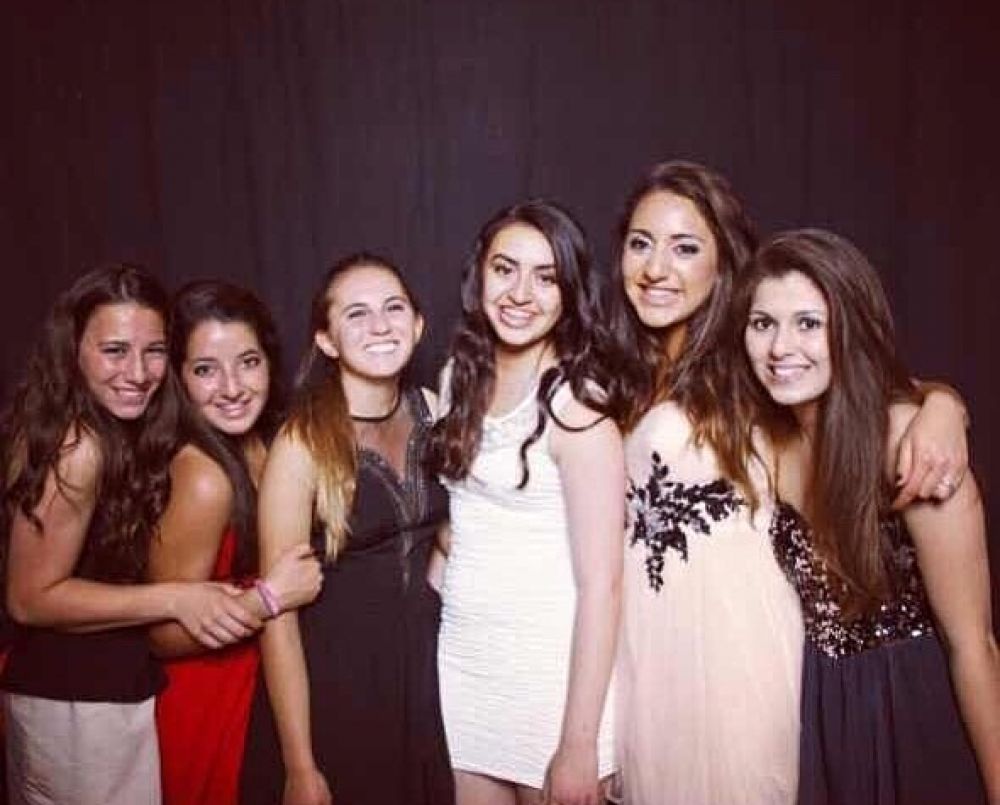 How did you find it living on campus, after living at home with your family in Russia?

I lived with a girl from Mexico, we studied in the same class and found a common language. Of course I can’t say that everything was ideal, because when you’re in your own home with your family and you have your own room, that’s quite different. But on the other hand, the campus has everything that you can’t find at home –a sport center, tennis courts, swimming pools, all kind of creative studios.

Life on campus has its pitfalls, but I can’t say that was a drawback. Living on your own at that age teaches you to be communicative and responsible. And it’s simply interesting, in the end, however strange it seems to begin with. You meet and live with other students from all over the world! Where else can you have that opportunity?

Over time, even if it’s strange at first, you realize that this is an amazing experience, with wonderful memories and good friends. I keep in contact with the other students, we communicate on social networks. Recently I went to Israel and met several former classmates from AHA – that was really great.

Besides the language barrier, there are also serious cultural differences, a difference in mentalities…

Of course, this difference is noticeable, and it often happens that members of different cultures kept to themselves, since they speak the same language and have had similar experiences growing up.

For example, many of the Mexican students who studied with us were from the same city, from the same Jewish community, and from the same school. But they weren’t a kind of closed “sect”. We all studied and lived together, so everyone socialized with everyone else.

I can’t even think of anything negative at all, I only have memories of the positive and kind people around me.

Were there other Russian-speaking students besides you?

I flew to America with another girl from my school in Moscow, we were in parallel classes, but we became friends there. It was very important for me that I had a friend there who I helped, and who helped me. She’s still in America, along with a few more girls from Russia who stayed to finish their studies at the Academy and go to American colleges and universities. Of course, it was easier for us to understand each other, we faced the same problems, and it was easier for us to overcome these difficulties together.

Did your parents come to visit you?

My mother visited me once. She came for a few days and she stayed in a separate house on the campus.

How many days off did you have?

Saturday and Sunday are the days off, and on Fridays school ended early and we celebrated Shabbat as a community. 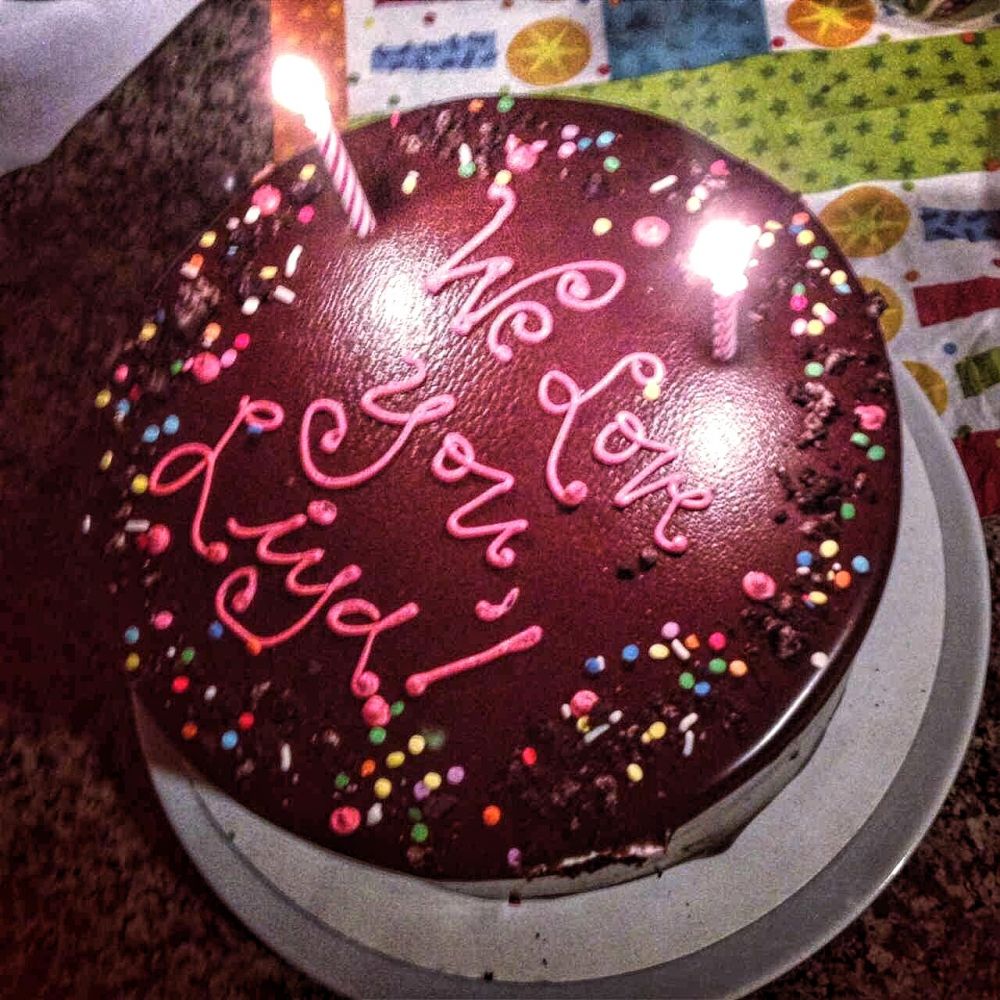 What did you do on holidays?

On long holidays we could go home or take a vacation. During major holidays like Hanukkah, for example, the entire school or each class went into town, to see a film or go bowling – there was always something new and fun to entertain us!

Can you leave the Academy in your free time?

Yes, that’s no problem! We could go into town in a group or at least in pairs, to the shopping center or the park. Of course we needed to tell the school where we were going and when we would return to campus, as the school is responsible for all the students’ well-being. If we wanted, we could even stay with a friend for the weekend, or go somewhere with them under their parents’ supervision.

The school is very secure, with a 24-hour guard to keep the campus and all the pupils safe.

Greensboro is a small but attractive city with a population of 275,000 people, life there is inexpensive and safe. The Jewish community of the town [with which the history of AHA partially begun, as it was built in 2001 for Jewish students of the town – note by Y.E.] supports our school and its students.

During your studies did you learn about the United States, did you go on a trip somewhere?

We went on a trip to Washington, DC, and we visited museums, including the large Holocaust Museum. The program was full and interesting.

School trips are to other cities like historic Charleston, South Carolina, and there are also fun trips to go skiing, to the fair, and other places in North Carolina.

In the 11th grade, students can study abroad in Israel for several months and participate in an extensive and diverse program there. 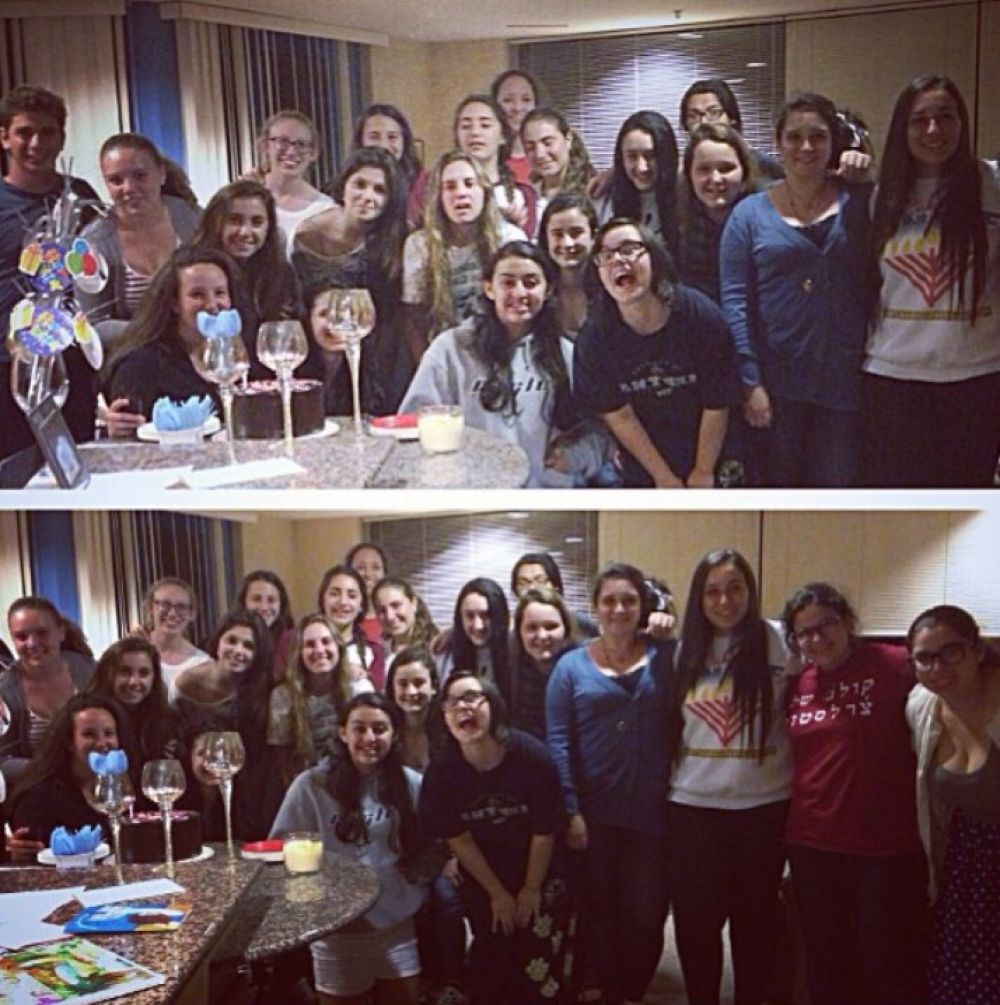 What’s your most vivid impression in your year of study at AHA?

The most memorable day for me at AHA was our graduation ball. It was just wonderful! We went around the shops and looked for graduation dresses. We had our hair done and we looked beautiful! And we all celebrated together as friends, all of us.

We had already become friends, and we were very close. I realized that the year of study was already over, and soon I would have to get ready and go home! It was cheerful and sad at the same time. I am very grateful to my parents and my teachers, and everyone who gave me this opportunity and this unforgettable experience.