Jewish genius: Kurt Goldstein, the father of the theory of the organism

“The first psychologists, pioneers who developed new directions in psychoanalysis were interesting people. Some, like Goldstein, were absolute geniuses,” – Laura Perls, a psychologist who helped to establish gestalt psychotherapy.

One of the first classical psychologists in the world, Kurt Goldstein introduced the famous term of “self-actualization” to psychology. He stood for a holistic approach to psychology and medicine – he was a leading representative of the so-called theory of the organism, and made an enormous contribution to psychology, psychiatry, medicine and biology. Additionally, Goldstein trained a whole generation of scientists – his famous pupils included Gordon Allport, Carl Rogers and Abraham Maslow, the founders of the American humanist movement of psychology.

Kurt Goldstein was the author of the foundations of neuro- and pathopsychology, the phenomenological approach and the gestalt direction in neurology and psychiatry, and the creator of the concept of two levels of thinking – abstract and concrete. He categorized types of aphasia (loss of speech) and wrote a series of works on brain pathology, the development of the cerebrum, the problem of localization of brain functions, and was the first to describe the syndrome of alien speech in people with brain damage. He taught at universities in Frankfurt and Berlin, at Columbia and Harvard, and practiced in Europe and the United States. Many methods and idea developed by Goldstein became classic during his lifetime.

A respectable boy from a good Jewish family

Kurt Goldstein was born on 6 November 1878 in Katowice (Upper Silesia, at that time part of Germany, present-day Poland) and was the seventh of nine children of Abraham Goldstein and Rosalie Cassirer.

The family was well-off and lacked for nothing – and that is to put it very modestly. Kurt’s grandfather on his mother’s side, Markus Cassirer was the founder of a famous trading house that sold fabrics and manufactured weaving equipment in Breslau, and his father and uncle Josef were the successful co-owners of several timber mills.

To this day, a luxurious building in the neo-renaissance style dating from the 1870s has been preserved in Katowice, the “Goldstein Palace” that was built by the brothers – it is still a tourist attraction. Here, in this enormous house, among noise and fuss, with many siblings and cousins, uncles and aunts, Kurt spent his childhood. The quiet and shy boy was called the “professor” because of his love of books.

Kurt’s father did not have a formal education, but he felt great respect for science. He considered it his duty to prepare his children properly for life and ensured that all his sons received a university education.

After graduating from the humanitarian school in Breslau, Kurt studied philosophy and literature for a time at Heidelberg University, and then enrolled in the university of Breslau, where he studied medicine under the supervision of Karl Wernicke, the famous German psycho-neuropathologist, who inspired him to take an interest in aphasia. After graduating from university in 1903 and defending his doctoral dissertation, Goldstein worked as an assistant at the neurological institute in Frankfurt, where he studied comparative neurology at the neuro-pathological laboratory of Ludwig Edinger.

In 1906, Goldstein moved to Koenigsberg, where he practiced at the laboratory of neuropathology of Ludwig Edinger, and in 1914 he organized a military hospital, which was later transformed into the institute for the study of brain damage. From 1919, Goldstein worked as a professor in Frankfurt with representatives of Gestalt psychology, in 1922 he founded the German psychological journal “Psychologische Forschung” with Max Wertheimer, and in 1927 he helped to organize the International Association of Psychotherapy. By the early 1930s, Goldstein had become well-known and respected not only in the international neurological association, but also among psychologists and philosophers, above all Gestalt psychologists and phenomenologists.

He worked and published a great deal, and his family life was also happy – his wife Ida Zuckerman gave birth to three daughters – Anna, Magda and Ursula. His life was going wonderfully. But in 1933 Hitler came to power in Germany, and Goldstein’s world collapsed. His Jewishness became a crime – Kurt was arrested and put in jail, and the condition for his release was emigration.

Naturally, he chose to leave the country. Goldstein left his homeland and moved to the Netherlands, where thanks to support from the Rockefeller Foundation, over the course of a year he wrote his monumental work “The Organism” – the fruit of ten years of work, which contained the philosophical foundations of the famous theory of the organism.
Goldstein openly condemned Nazism – but even if he had found positive words to say about Hitler, remaining in Europe would still have been dangerous. Just as it was for every Jew. In 1935, at the age of 55, he left for the United States with his former student Eva Rothmann, who in America became his wife. In the USA, their daughter Elsa was born, who after her father’s death published his selected works.

Far from his homeland, Goldstein began his new career. From 1935-1940, he was a professor of Columbia University and the head of the neuro-physiological laboratory at the Montefiori Hospital in New York, and from 1940-1945 he was a professor of the Taft Medical College and head of the neurological laboratory in Boston, and from 1945 in New York. In 1949-1955 he was a professor at New York College, and in 1955 he became the head of the psychological department of the New Institute of Social Research. In New York, he also opened a private practice – and of course there were many people who wished to receive a consultation with the world’s leading psychotherapist.

At the age of 86, Goldstein had a stroke, which caused right-side paralysis and global aphasia – now he turned from a doctor into a patient. Three weeks later Goldstein died, leaving behind over 200 publications, mainly in German and English.
One of his pupils, Abraham Maslow, dedicated the book “Toward a psychology of being” to Goldstein.

The “alien hand” syndrome is a disease in which the patient’s hand leads an independent life, which usually goes against the wishes of its owner. Goldstein first described it in the 19th century.

He observed the condition of a woman whose hand started to strangle her in her sleep. The patient did not have psychiatric deviations, and only after her death, when her skull was opened, doctors discovered an injury in her brain, which lead to a disruption of signals between hemispheres. This was the cause of her illness.

There was a surge in prevalence of this illness in the 1950s – when epilepsy began to be treated by dividing hemispheres. This method provoked a disruption, when the patient’s hand began to show aggression towards their owner.

This disease was later called the “Doctor Strangelove Syndrome”, in honor of the character from the film “Doctor Strangelove, or how I learned to stop worrying and love the bomb” (1963) directed by Stanley Kubrick. The doctor’s arm in the film involuntarily rises in a Nazi salute, or tries to strangle its owner.

***
In a certain sense Goldstein was the “godfather” of Frederic Perls, the founder of Gestalt therapy. Perls himself in his memoirs traces his “rebirth” as a Gestalt therapist to 1926, when he met Goldstein in Frankfurt. “Kurt Goldstein, the Frankfurt neurologist, a brilliant neuro-psychiatrist, is focused on Gestalt. There is a lot of meaning in his words,” he wrote in his diary. Working with Goldstein was a turning point in Perls’ personal life as well. Here he met Laura Pozner, his future wife, who at that time was a student studying Gestalt psychology under Goldstein.

Robert Ulich, a Harvard professor and colleague, described a visit to the elderly Goldstein:
“He looked at the mystery of individual being as embedded in the greater mystery of the totality of Being. The visible and comprehensible in the cosmos of things pointed, so he thought, at the invisible and incomprehensible sources of the creation, and he fully accepted the dictum of Goethe (who was to him the consummation of wisdom) that we should courageously explore the explorable but stand in awe before the inexplorable.... I left him, feeling inspired at having been in the presence of a great man, a man whose insight and mature serenity had enabled him to combine into a noble synthesis the many antitheses of human existence. Goethe, so it seemed to me, had returned to him. I heard later that he often asked his cousin to read to him from Goethe's works.”

1. Developed the theory of organism self-regulation. His idea was that the organism will always organize its work in the best possible way.
2. Introduced the concept of “self-actualization”.
3. He developed a holistic concept of the brain function, i.e. everything that a person does is performed by the brain as a whole, and not separate parts of it.
4. Developed the theory of psychological anxiety.
5. Was the first to propose the classification of types of aphasia
6. Developed a series of tests to measure a decrease in the level of abstraction among patients with brain injuries.
7. Described the syndrome of the “alien hand”.

What to read and watch

“Idle Hands”, a film directed by Rodman Flender. The main character of the film, an American teenager, wakes up to find the corpses of his parents in the apartment, and soon realizes that the murders were committed by his right hand, which has began to live a life of its own. 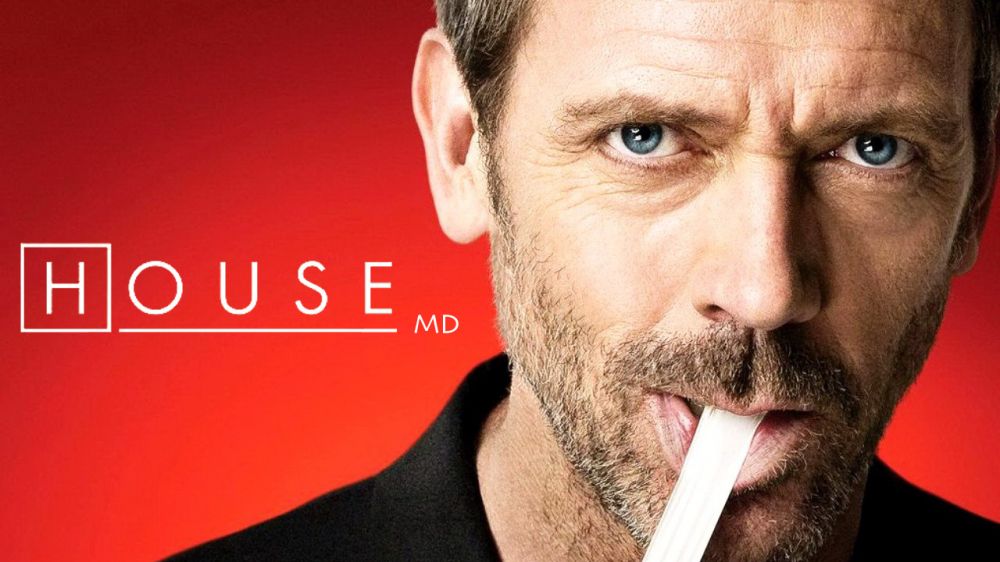 The TV series “House” (5th season, 24th episode). One of the patients in this episode says: “…I go to the checkout at the store, and there’s something in the basket which I didn’t want and which I absolutely hate. My left hand hates me…”

The book by Stanislaw Lem “Peace on Earth”. A satirical philosophical novel about the journey of Ijon Tichy, whose conscious is divided into two parts: one Ijon (who tells the story) controlled by the left brain hemisphere, and another Ijon controlled by the right hemisphere.