This year the Nobel prize for medicine was awarded to scientists from Japan, China and Ireland, whose discoveries helped to create new medicine to treat parasitic diseases. The Nobel committee of the Royal Caroline medical institute in Stockholm shared the prize between Tu Youyou from China, who discovered a preparation against malaria, artemisinin, and the scientists Satoshi Omura and William Campbell, who invented avermectin, which is beneficial in onchocerciasis (river blindness) and elephantiasis.

In the history of Ukrainian Jews, there have been many scientists who have won the Nobel prize for their achievements in the field of physiology and medicine. We have already written about Ilya Mechnikov and Selman Waksman, and today we will discuss Cesar Milstein, Eric Kandel and Ralph Steinman.

Nobel prize for physiology or medicine (1984) 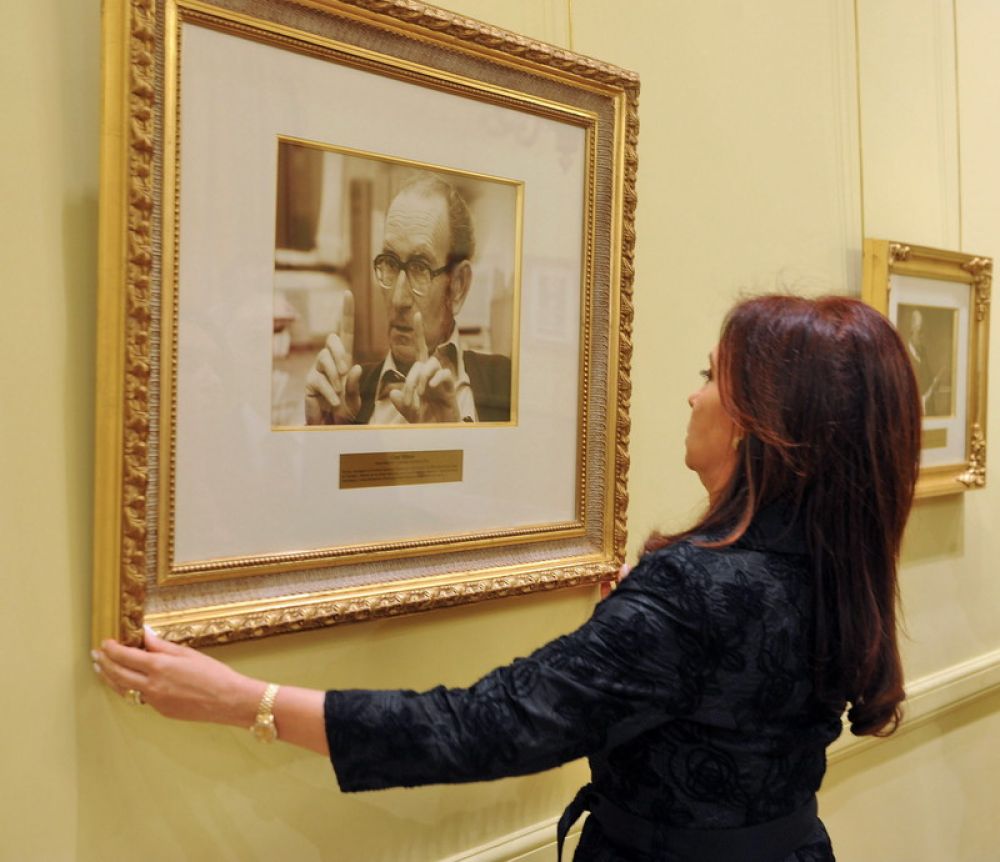 Cesar Milstein was born on 8 October 1927 in Bahia Blanca in Argentina. His parents, Lazar Milstein and Maxima Vapnyarskaya, were from the town of Shishkovtsy in the Khmelnitsky Oblast of Ukraine. The future scientist graduated from Buenos Aires University and moved to Cambridge University in the UK to defend a dissertation on enzyme kinetics.

Milstein devoted most of his scientific career to the study of the structure of antibodies and the mechanism that ensures their diversity. He made a great contribution to improving and developing the technology of obtaining single-cell antibodies, concentrated on their use as markers in order to distinguish different types of cells. Milstein and Claudio Cuello laid the foundations for the use of single-cell antibodies as probes for studying paths for the development of neurological pathologies, and many other diseases.

Milstein’s early works primarily concerned searches for the source of the diversity of anti-bodies at aminoacid level, and also disulfide bonds between antibodies. Emphasis in his further studies shifted towards messenger ribonucleic acid (mRNA), containing information about the initial structure of proteins. Achievements in the sequencing of nucleic acids later allowed Milstein to notice changes taking place in antibodies as a result of encountering an antigen. He discovered that localized mutation of genes of immunoglobulin in the process of forming affinity of antibodies creates “improved” antibodies, which makes a significant contribution to their protective immunity and immunological memory.

In 1975, Cesar Milstein, together with the German biologist and immunologist Georges Koehler, invented the process of obtaining single-cell antibodies, for which they were awarded the Nobel Prize in 1984. They merged myeloma cells that had lost the ability to synthesize their own antibodies with normal B-lymphocytes. As a result, hybrid cells were formed that synthesized antibodies against the given antigens. The single-clone antibodies could be developed against almost any natural antigen, which the antibody would specifically bond. In future they could be used to detect this substance or to remove it. Medicine based on single-cell antibodies is used to treat melanomas, mammary gland cancer, chronic lymphatic leukemia and other diseases.

Noble prize for physiology or medicine (2000) 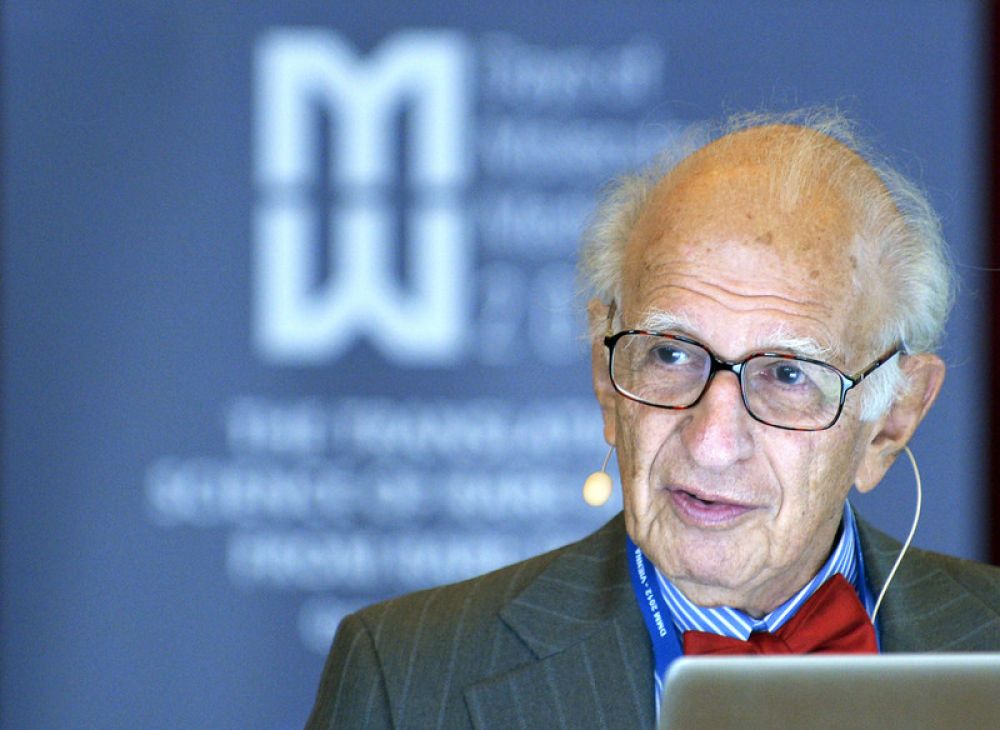 Eric Richard Kandel was born on 7 November 1929 in Vienna into a Jewish family. His mother, Charlotta Siemels, came from an educated Ashkanazi family from Kolomyi. His father, Herman Kandel, was from a poor family from the village of Olesko on the border between Galicia and Volynia. At the start of WWI his parents moved to Vienna, where they met and married, but in 1939 the family was forced to emigrate from Austria to the USA because of persecutions by the Nazi regime.

In New York, the Kandels settled in Brooklyn. They decided to change Eric’s name and the pronunciation of his surname to sound more American. The future scientist did not initially know English. His grandfather taught him about Judaism, and because of this he was able to enroll at Flatbush yeshiva.

In his student years, Kandel took an interest in history and literature, which became his field of study at Harvard University. During his studies he became interested in the works of the American psychology B.F. Skinner, who inspired him to study memory and the learning process. In 1952, Kandel enrolled at the medical school of the New York University, where he decided to study the biological foundations of the mind.

From studies held in 1957 at the Wade Marshall laboratory at the National Institute of Psychological Health, Candle realized that memory must rely on changes of synaptic links between neurons, and that complex inter-neural connections in the hippocampus do not provide the opportunity to study the function of the synapses. He felt that it would be more effective to choose a simple form of animal, which would simplify the electro-physiological analysis of synaptic changes taking part in the process of study and memory. The scientist believed that the results of his studies would be applicable to humans, although the older generation of biologists and psychologists believed that you could not gain useful knowledge about human memory by studying the physiology of invertebrates.

In 1962, Kandel went to Paris to study the aplysia, which has a nervous system consisting of 20,000 neurons. He proved that this sea mollusk had both its short-term and long-term memory “localized” in its synapse. Later the scientist found similar mechanisms of memory in the human being: memory is determined by the conductivity of the synapse, and a change in its functions is key in the process of forming different types of memory.

In 2000 Eric Kandel, together with the Swedish pharmacologist Arvid Carlsson and the American neurobiologist Paul Greengrad received the Nobel Prize for physiology and medicine “For discovering the molecular mechanisms of the work of the synapses, which lie at the basis of forming short-term and long-term memory.”

Nobel prize for physiology or medicine (2011) 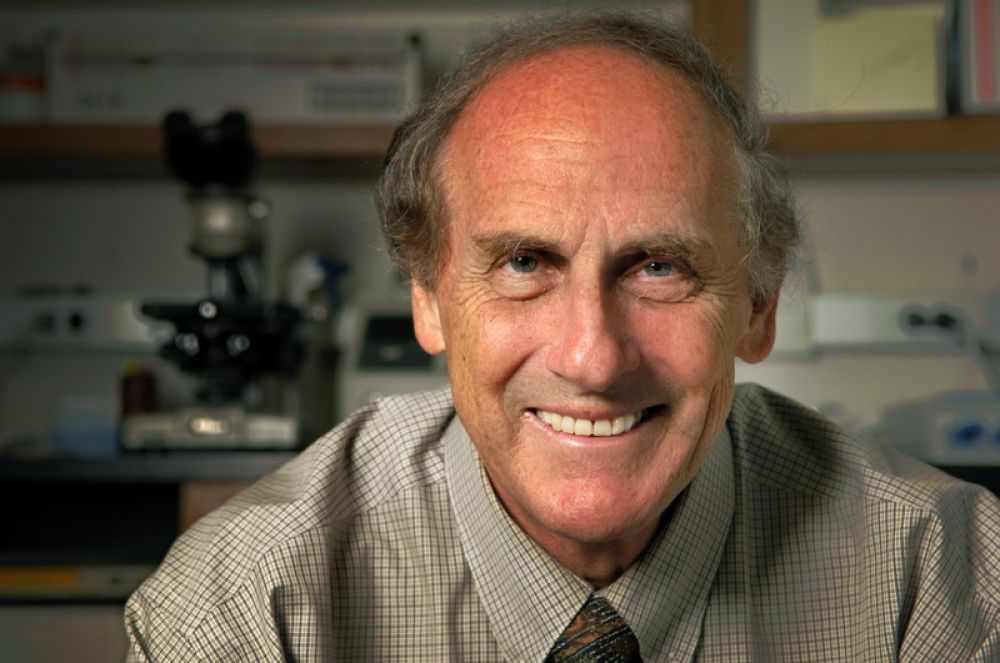 Ralph Marvin Steinman was born on 14 January 1943 in Montreal and was the second of four children in a family of Jewish immigrants. His father, Irving Steinman, was a haberdasher from the village of Stary Ostropol in the Khmelnitsky Oblast of Ukraine, and his mother, Nettie Takefman, was from the Ashkenazi family of Natan and Eva Teikfman from the Lithuanian town of Syad. Soon the family moved to Sherbrooke (Quebec province), where his father opened a small clothes shop, “Mozart’s”. After graduating from secondary school in Sherbrooke, Steinman returned to Montreal, where he lived with his mother’s parents.

The future scientist received a bachelor’s degree from McGill University and graduated from Harvard medical school with honors. During his studies Steinman carried out research work at the laboratory of Elizabeth Hay, where he took an interest in cytology and the immune system. After completing his education he carried out biomedical research at the laboratory of cell physiology and immunology at Rockefeller University. This laboratory was founded by the prominent microbiologist Rene Dubos, who recognized the need to study the organism of the carrier during infection.
Steinman’s early studies looked at leucocytes of the immune system, which calculate, inhabit and destroy infectious micro-organisms and tumor cells. In 1973, Steinman and his colleague Zanvil Cohn discovered dendrite cells – a previously unknown class of immune cells which phagocyte outer-cell pathogens, such as bacteria, fungus, parasites or toxins, after which they migrate to the lymphatic system. There they mature, lose the ability of phagocytosis, interact with T-lymphocytes and stimulate the immune response of the acquired immunity system by providing the antigen they capture with T-lymphocytes.

In his last studies, Steinman concentrated on the interaction of several diseases with the immune system and worked on the clinical study of a vaccine on the basis of dendrite cells and methods of combating rejection of transplants, auto-immune diseases and infections. In 2010 he initiated the first phase of clinical tests of a vaccine for HIV on the basis of dendrite cells.

Ralph Steinman passed away on 30 September 2011 from stomach cancer at the age of 68 – just several hours before the decision was made to award him the Nobel Prize. Despite the principle of the life-time award of these prizes, Steinman became the third posthumous winner in history, “For discovering dendrite cells and studying their significance for acquired immunity.”