In 2015, the Nobel Prize for chemistry was shared by Tomas Lindahl (Sweden), Paul Modrich (USA) and Aziz Sankar (Turkey) for the study of mechanisms of the reparation (restoration) of DNA. Their work gave new knowledge about the functions of living cells and in future may help to discover new methods for combating cancer.

The Jewish community of Ukraine has given the world many talented people. We have already written about the Nobel laureates for medicine and physics, and today we will discuss Herbert Brown, Roald Hoffmann and Dan Shechtman. 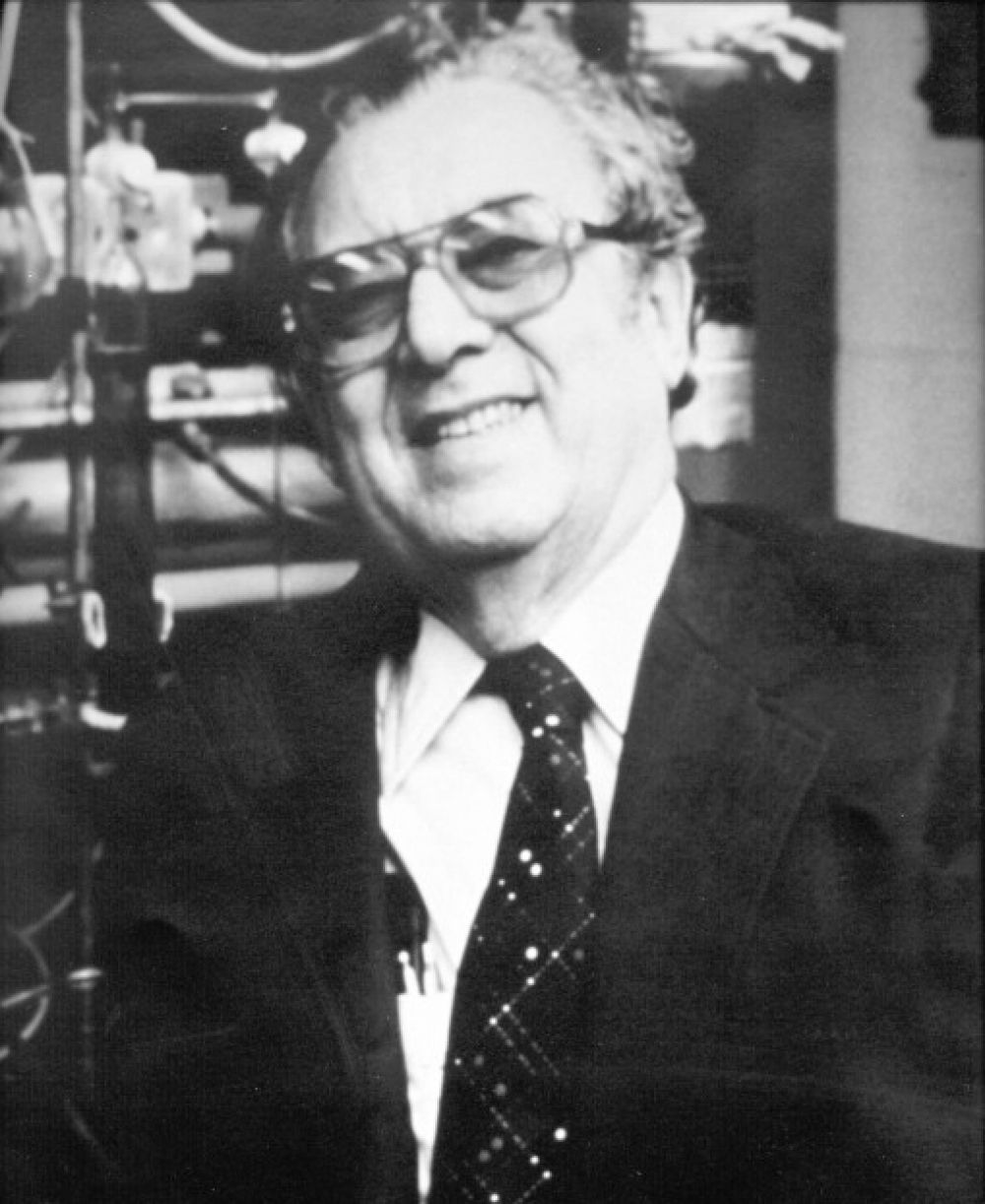 Herbert Charles Brown was born on 22 May 1912 in London and was the only son of the five children of Pearl Gorinstein and Charles Brovarnik, from Zhitomir, who like many Jews moved to Great Britain in the wave of emigration in 1908. Soon afterwards the father brought the entire family to Chicago to his parents, where the surname Brovarnik was Anglicized as Brown.

The future scientist attended Haven School in a “black” district of Chicago and was very successful. He easily mastered the compulsory curriculum and was put forward into the next class several times, so that he graduated at the age of 12. Soon after he enrolled in senior classes at Englewood school, his father, a carpenter and owner of a small hardware store, passed away. Brown had to break off his education and work at the store, but his family soon realized that the boy was more interested in reading books than business, so Herbert went back to school, where he completed his secondary education.

The Great Depression began, the Brown family sold the store, and Herbert could not find work, and decided to enroll at Crane Junior College in the chemistry department. But after the first semester the college closed down because of a lack of financing. After spending a few years at night school at Lewis Institute, Brown transferred to Wright Junior College, and in 1935 became its first graduate. His future wife Sara Beilin was one of his fellow students, and in her wishes for the graduation album she predicted that one day he would receive the Nobel Prize.

Together they enrolled at the University of Chicago, where Brown received a bachelor’s degree in just three quarters. He did not plan to continue an academic career, but one of the teachers, the renowned organic chemist Yury Shtiglits, persuaded him to put off his marriage plans and write a dissertation for a degree. At graduation Sara gave Herbert the book by Alfred Stock “Hybrids of Boron and Silicon” which determined his future career.

In 1939, Brown was still unable to find work, so he accepted the offer of Hermann Irving Schlesinger to become a scientific associate at the University of Chicago – and so his academic career began. Initially his studies involved physical, organic and non-organic chemistry, but later he switched to the field of organic chemistry.

Working at the University of Chicago, Brown studied the reaction of diborane (В2Н6) with aldehydes, ketones, ethers, chlorides and acids. In 1956, while a professor of inorganic chemistry at Purdue University, Brown discovered that unsaturated organic molecules could be transformed into organoboranes using reactions of hydroboration, in which boron and oxygen form short bonds. For example, the reaction of simple alkenes with diborane (В2Н6) gives trialkylboranes. These bonds can be acidified with the formation of alcohol. Similarly, the hydroboration of alkenes gives vinylboranes, which can be transformed into seve4ral classes of bonds, including aldehydes, ketones and alkenes. Nevertheless, Brown’s discover did not arouse interest at the time, as diborane was in short supply for use as a synthetic reagent. Additionally, the scientist discovered a way of obtaining sodium borohydride NaBH4). During the Second World War, this bond was used to obtain oxygen for aerostats, and nowadays is used in several fuel elements.
Thanks to his research, Brown was awarded the Nobel Prize for chemistry in 1979 for his contribution to transforming bonds containing boron and phosphorous into important reagents for organic synthesis. 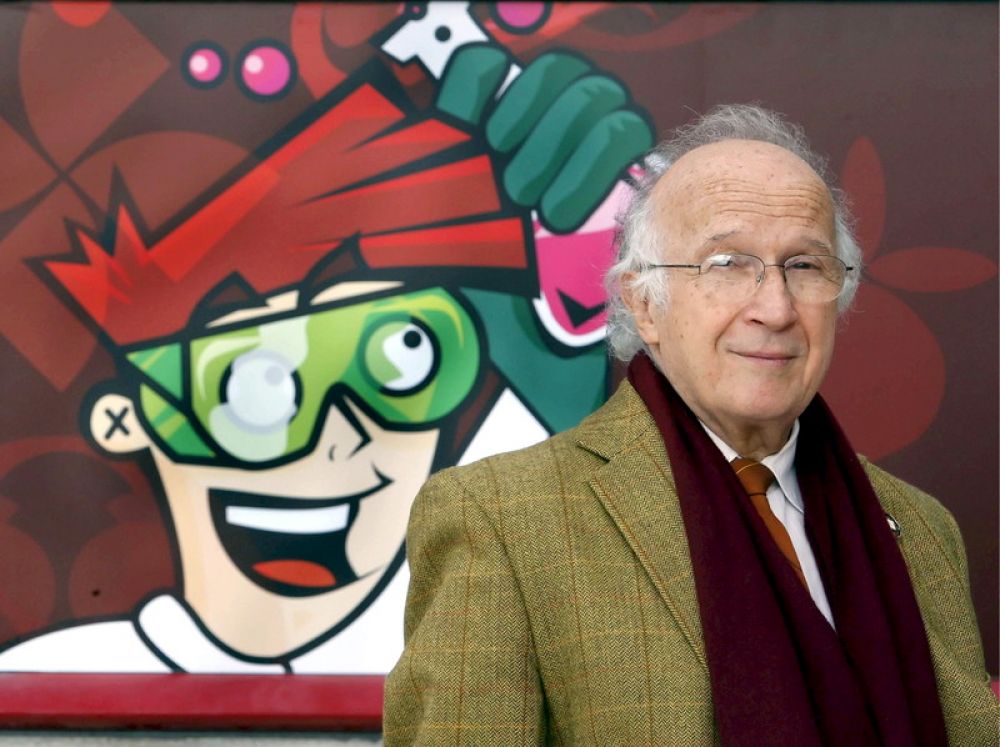 Roald Hoffmann was born on 18 July 1937 in the town of Zolochev in the Lviv Oblast of modern-day Ukraine into the family of teacher Clara Rosen and graduate of the Lviv Polytechnical institute Gilel Safran.

In 1941 the mass extermination of Polish Jewry began, and the Hoffmann family ended up in the ghetto, and then in a labor camp. In early 1943 his father was able to get the future scientist and his mother out of the camp, and they spent the rest of the war in the neighboring Ukrainian village of Univ, where the school teacher Nikolai Dzyuk hid them in his attic. Gilel Safran stayed in the camp and organized an unsuccessful attempt at an uprising, and was killed by the Nazis and their accomplices in June 1943. Most of their family met a similar fate.

After Zolochev was liberated by the Red Army in June 1944, Hoffmann and his mother moved to Peremyshl, and then to Krakow, where the boy went to school. In 1946 the family moved from Poland to Czechoslovakia, then moved through camps for displaced persons in Austria and Germany, until they reached the USA in 1949.

By the age of 12 Hoffmann could speak five languages, and he learned his sixth language, English, quite quickly. He graduated from the elite Stuyvesant secondary school in New York and enrolled in preparatory medical courses at Columbia College. In 1958 he began his diploma work at Harvard, and the following year received a stipend from the quantum physics department in Uppsala to study at a summer school on the island of Lidingö, where he met his future wife. Together they spent a year in the Soviet Union under a recently opened exchange program for graduates between the USSR and the USA.

That time, computers had only started to become a part of people’s lives, and Hoffman used them to modify the Hückel method, which is used to analyze the structure of molecular orbitals. The scientist used this in work with borium hydrides and polyhedral molecules, and discovered that it made it possible to calculate the barriers to inner rotation in ethane. Thus Hoffman began to take an interest in the applied theory of organic chemistry.

In 1962, he defended a doctoral dissertation, and for the next few years he worked at Harvard University as an assistant of the Nobel Prize winner for chemistry Robert Woodward, together with whom he formulated the Woodward-Hoffmann rule, describing the principle of preserving orbital symmetry in synchronic reactions. Later Kenichi Fukuyi from Japan interpreted the results explained by the Woodward-Hoffmann rule, by applying the theory of frontier orbitals. For this work together with Roald Hoffmann he received the Nobel Prize for chemistry “for developing a theory of the behavior of chemical reactions.” Woodward, who could have received a second award from the Nobel committee for this research, had died two years previously, in 1979. 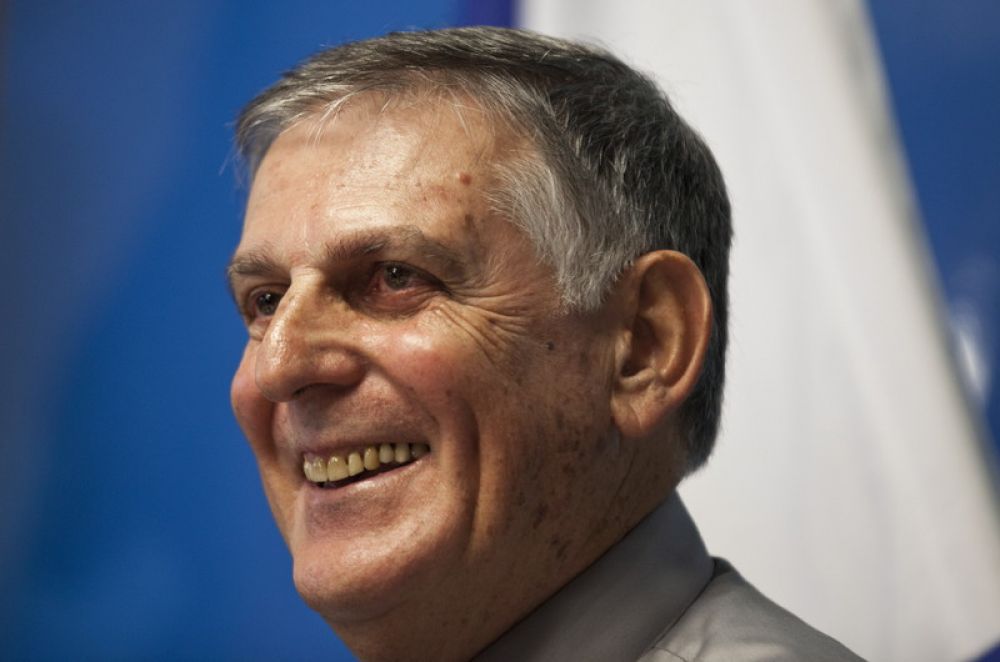 Dan Shechtman was born on 24 January 1941 in Tel-Aviv. His grandfather on his mother’s side, Zeev Ashur, from Belaya Tserkov, left Ukraine in 1906 and was one of the first settlers in Israel. He was a leading ideologist of socialism and a friend of the first Prime Minster David Ben-Gurion. His father, Itzhak Shechtman, worked as a printer in a printing house, and the future scientist read one book every day. In childhood he dreamed of becoming an engineer, like the character in Jules Verne’s novel “The Mysterious Island”, who turned a desert island into a lavish garden.

Following his dream, Shechtman enrolled in the Israel Technological Institute in Haifa in the machine-building faculty. Graduating in 1966, he was unable to find a job, and decided to continue studying for a master’s degree. Immediately after graduation he was offered the position of chief engineer at a defense industry factory, but it was too late – Shechtman had already fallen in love with science and went to study for his doctorate. During his studies he became enthusiastic about the electron microscope and improved methods for working with it. With an electronic microscope, in 1982 Dan Shechtman conducted an experiment on the diffraction of electrons on a swiftly cooling alloy of aluminum with transitional metals, and for the first time noticed the point symmetry of the icosahedron, with an axis of symmetry of the fifth order, which was impossible in a three-dimensional periodic array.

This discovery made him one of the most unpopular scientists in crystallography. He became a victim of conservative science, which rejected ideas that differed from the main field of studies. Shechtman encountered disbelief, mockery and insults from colleagues from the US National Bureau of Standards, where the Israeli scientist worked during a vacation from Technion. His scientific career faced serious hurdles when Linus Pauling, the prominent scientist and two-times Nobel prize winner called him a “quasi-scientist” and said his ideas were foolish.

The foundations of the science of the structure, origin and qualities of crystals were laid in 1611 by the German astronomer and mathematician Johannes Kepler in his treatise “On hexagonal snowflakes”. Crystallography allows only 32 point symmetry groups, as in crystals axes of symmetry of only 1, 2, 3, 4 and 6 orders are allowed. However, quasi-crystals have this order in the position of molecules and point symmetry of five, ten, eight and twelve orders, which goes against the known “laws of nature”.
In the first few years, Shechtman’s discovery did not find support in the scientific community. Recognition came from France and India. Scientists began to repeat the experiment of the Israeli colleague successfully, and caused a wave of activity in crystallography, mathematics, physics, chemistry and material sciences, and in 1986 the first international conference on quasi-crystals took place.

Today, quasi-crystals are manufactured in laboratories for industrial use. There are patents for their use in surgical needles, blades and coatings for kitchen dishes. Shechtman’s discovery was used to analyze medieval specimens of the Islamic geometric ornament known as “girikh”, found in the palace of the Alhambra in Spain and in the mosque of Imam Darb-I in Iran.

In 2011, Shechtman became the tenth Nobel prize winner from Israel and the fourth in the field of chemistry. He believes that science attracts Jews because of this people’s enormous respect for leaning, and also because Jews are free thinkers and are not afraid to argue and express their opinion.